"Welcome to the exciting new sound of Radio 1!"

Those words, spoken on 30 September 1967 by Tony Blackburn, heralded a new sound to the airwaves. And today on the BBC iPlayer, I'm proud to also be able to welcome something new - this time, an "exciting new sound" for all our UK national radio stations on the internet, as we make a number of changes to our live and on-demand streaming infrastructure. 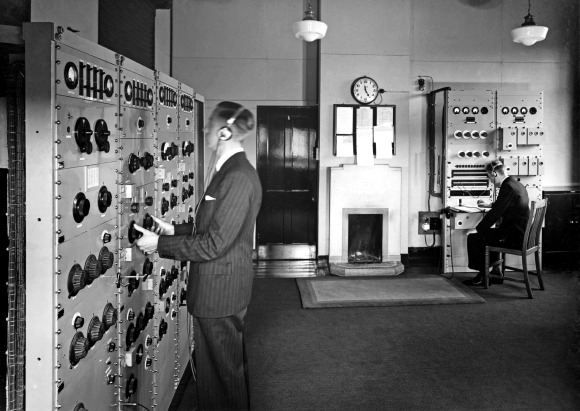 The BBC iPlayer now uses Flash-based streams for live radio as well as on-demand radio on all our UK national radio stations (that's stations like BBC Radio 1, BBC Radio 7, or the BBC Asian Network). Flash Player is already installed in many corporate environments - and, since Flash is in use on many other websites (including the video for BBC iPlayer), chances are you'll already have it. For live radio, the BBC iPlayer requires Flash Player v9.0.115 or above - which has been freely available since December 2007. The current version is v10; and we're joining broadcasters like Absolute Radio in the UK and ClearChannel, CBS Radio and NPR in the US in using Flash as our default player format.

In the UK, we've taken this opportunity to greatly increase our audio quality: doubling the bitrates for most live streams, and using a significantly more efficient audio codec which increases the audio quality yet further. The results are excellent. For the technical, our UK streams are 128kbps AAC (192kbps for Radio 3, which has a wider dynamic level, and 96k for BBC Radio 5 Live, which is only available in mono). For bitrate watchers - AAC is much more efficient than MP3 at the same bitrate, and thus gives a significantly better sound. And yes, these bitrates are the same for both live and on-demand radio. Bitrates may change from time to time, but we'll let you know when they do.

Outside of the UK, we've also introduced Flash-based streaming: for both live and on-demand. We're hoping the convenience of our Flash-based streams are welcomed by our international audiences. For overseas listeners, we're using 48kbps HE-AAC v2 format stereo streams (known by some as aacPlus) for all our stations, excepting BBC Radio 5 Live which is a 32kbps HE-AAC v1 mono stream. Just as the UK, these bitrates are the same for both live and on-demand radio.

We've concentrated hard on getting the audio right, too - ensuring that we take a digital feed directly out of the transmission chain, rather than a previous rather roundabout route involving satellites. The processing of our audio quality is now tailored for listening at your desk or in your living room; and carefully optimised for online listening.

This is a really significant step - as the BBC's online radio services take a great leap in audio quality. It's been far too long coming; but now, you'll find the listening experience online is among the best we offer. I'm really proud of the audio quality we are making available today.

I'm also happy to let you know today that we've made live streams for BBC Radio 1,2,3 and 4 available in Windows Media format for our overseas audience - a format hitherto unavailable. If you've an internet radio device, make sure you're using the ASX files we publish in the iPlayer help site: these changed location earlier this year.

I've posted a link to this posting in the BBC iPlayer radio messageboard, where I, and the rest of the community there, would be happy to answer any questions you may have - whether your question is about the BBC iPlayer or an internet radio device.

PS: If you're a fan of BBC World Service, that comes fully to the BBC iPlayer in this new quality in the next couple of weeks; and nations and local radio streams will be upgraded by the end of the summer.