I'm the producer of the BBC Central Communities Team, which means I oversee the day-to-day moderation across most of the BBC's social media sites such as message boards, community sites like 606 or blog comments (like those some of you will hopefully leave below).

Moderation is the most contentious part of managing social media services, and is frequently viewed as simply an attempt to stifle free speech. This is the first of three posts about the legal issues that arise when moderating the BBC's social media sites. The feedback we get suggests that a lot of contributors lay the blame for removing their comments squarely at the feet of the BBC but like everyone else in the country, the BBC has to comply with UK laws, and the comments and posts that the BBC receives and publishes are subject to them. 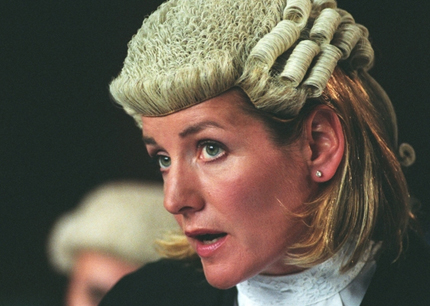 The first legal concern is defamatory content. Defamation encompasses both slander and libel.

Briefly slander is a spoken defamatory comment and libel refers to comments in written or permanent form such as broadcasts and posts on the internet. A defamatory comment is one that lowers the reputation of an identifiable person or company in the eyes of right thinking members of the public.

The subject of libel is much in the news at the moment as newspapers are arguing that the cost of defending libel actions in the UK is a threat to press freedom.

Of course, as an internet publisher the BBC tries to avoid as far as possible publishing any defamatory comment, and the various types of moderation we use are intended to limit the risks of publishing contributions from the public.

The BBC's moderation teams receive thousands of contributions each day. When we come across ones which we consider potentially risky, then we have to assess the evidence to support them, and sometimes remove them.

This isn't an easy job, particularly where users are referring to - and sometimes extrapolating from - stories they've read in newspapers or on other websites. Just because something has been published elsewhere, is no defence to a libel action. Websites, blog posts, newspapers and (ahem) major public service media organisations can all be the source of libellous stories, so if you repeat them elsewhere there is a risk you could be posting defamatory content.

Finally, I should point out that we don't just remove this material for our own protection. It is possible that legal action can force publishers and ISPs to hand over the details of the contributors who posted the material so that they can make a claim for damages against the individual who made the post. So, please remember that sometimes the moderators might just be on your side.

In Part 2, I'll look at contempt of court.