An idea popped out of Radio 1 Interactive a while ago. This would be a device that measures 'rock' - how much the band and the crowd are rocking at a gig - called The Rockterscale. It would display the amount of rock at the venue and on the web in real-time, maybe even showing it at other gigs and encouraging bands and crowds to out-rock each other. But, until now, no-one has really tried building it. But we were due another hardware hacking session so we decided to build the Rockterscale. Two intensive days later we had these... 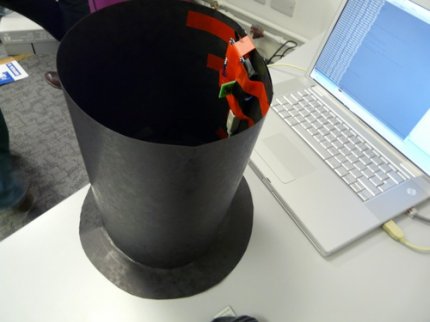 First, we have the Hat of Rock which measures the amount of head thrashing.

Read more and comment over on the Radio Labs blog. Rock on.