I am very happy to announce the launch of some exciting new functionality for BBC iPlayer on cable TV.

All 3.4 million digital cable customers who already get BBC iPlayer pumped directly into their TV screens at no extra cost can now make use of "Series Catch Up". 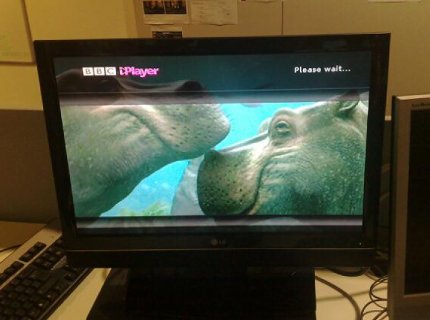 Series Catch Up means that multiple episodes of a selection of the BBC's TV series will remain available until 7 days after we broadcast the final episode in the series; rather than the standard one week window for other programmes on iPlayer.

If you discover a great TV series part way through there's now no reason to let the whole series pass you by. We've all done it - personally I'm still kicking myself over Life on Mars.

BBC iPlayer on cable TV is already very successful. Even with a much smaller universe of users than broadband PCs, it accounts for a third of all iPlayer TV views (11.7m in September).

If you have Virgin Media TV and want to try it out- just press Red while on a BBC channel; select BBC iPlayer from the Red Button index (which we call "The Bridge"); then choose "Series Catch Up" from the BBC iPlayer Home Page/Categories List.

Selecting one of the series from the list of those currently being "stacked" (the industry jargon for this sort of service) will reveal all the episodes available on iPlayer.

I know its only one function. And I know it has been available on the online version of the iPlayer for a few months now but for the BBC iPlayer on TV team, it's a major achievement.

Development for TV platforms is a much greater challenge than for the PC. The set-top boxes (STBs) that run our Red Button stuff are made for linear TV and there's not much power to drive anything else. PCs, by contrast, are powerful, easily upgraded and almost universally support standards like HTML, Javascript and Flash.

If PCs are the Swiss army knives of technology, then all today's humble STB has for interactive media is a toothpick. That limits what we can achieve.

We also rely on a third-party to reach our audiences. In this case the challenge has been to integrate our iPlayer video and metadata encoding and delivery systems with Virgin Media's proprietary back-end video on demand (VOD) engine and extensive cable network.

Virgin and our partner Red Bee Media must also be recognised for their efforts in helping to sync all our systems to make BBC iPlayer on cable TV a reality.

Just because it's hard doesn't mean we should avoid it. The BBC loves a challenge and we know the TV is where most people want to watch VOD. So, we'll keep pushing digital cable as far as we can and pursue other opportunities to get iPlayer to the TV.

You won't hear from us as often as the online iPlayer team but watch this space for more good news in the New Year.