iPlayer Day: A year under the hood

As part of "iPlayer Day", I was asked to pull something together on the complexity of iPlayer behind the scenes. Inevitably, as is always the case on iPlayer, we are in semi-constant ship mode, so it will have to stay short.

A year ago, the iPlayer architecture was not too complicated. 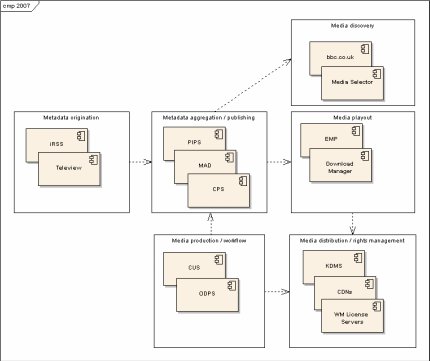 Systems on the right are audience-facing, e.g. the bbc.co.uk webs servers for browsing programme pages, the Embedded Media Player (EMP) streaming Flash client, CDNs for streaming media. Back then, life was fairly simple, as we had only TV on two distribution platforms-Flash streaming and P2P download.

A year later, the picture is just a little bit busier ... 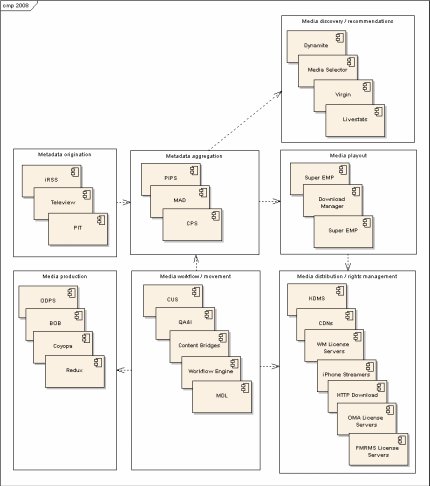