Moving on from the broadcast era

The broadcast era is coming to an end. The network era is well under way. Only openness can keep the BBC relevant through the transition.

Why do I want the BBC to be more open?

I want it to open up to the people who fund it and - more important - the people who underwrite its legitimacy (that's you and me). The closed, broadcast-era BBC sells me a licence to view the stuff it makes. In the open, network era it's the other way round - I licence the BBC to represent me and my aspirations in its output.

I want the BBC to set out its plans for the post-broadcast era (which is here now, in case you hadn't noticed). I want the clever people who work there to show us how they plan to replace old-man Reith's monolithic, centralised consent machine with something more distributed, more open - something adapted to the network era.

I want to hear how the BBC can adapt to the shift from the creation of linear content to the creation of a library of tools and resources, open source code and rich, reusable content (some of which will still feature Bruce Forsyth) that will make things possible and create real opportunities for generations of British people.

I want to learn how the BBC will adapt its magnificent, industrial-era guiding principles - Inform, Educate and Entertain - to the manufacture of tools that support learning (formal and informal), creation (for love, for fun, for profit), enterprise (encouraging entrepreneurship), participation (in the democratic process, in society and institutions) and community (linking people, finding common ground, social coherence).

I want to see evidence that the BBC can create content and processes in a web-like way, that loyalty to arbitrary broadcast-era concepts and structures - channels and series and genres and so on - won't hold back the transition to new forms and ways of working. 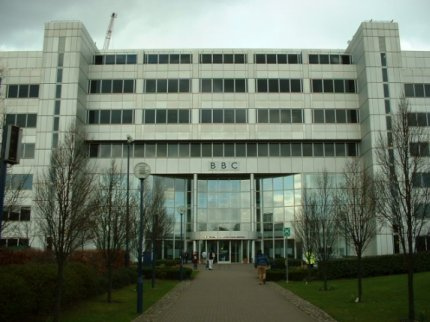 I want to see that the BBC believes in all this, that there's an acceptance that fortress BBC is indefensible and that a retreat to 'what we do best' (the defence of existing brands and practices) can only make things worse. This is not about change for its own sake or about imposing trendy Internet novelties: it's about the survival of the Corporation and about its continued relevance for Britain.

And finally I'd like the BBC to do all this with real confidence and optimism and with a sense that the benefits of getting this epic transition right are incalculable. If the Corporation can tackle two or three really big, really ambitious open projects - liberating the archive for the nation's benefit, creating an identity platform that gives ownership of user data back to the users or pulling off some kind of Wikipedia mind-meld to blend the BBC's awesome editorial resource with the net's fastest growing library, for instance - the support and enthusiasm of the licence fee-payers will be much easier to secure and the whole task will seem much less daunting.

Before I started here I wrote a handful of blog posts on this topic at my personal blog:

In the last couple of months I've seen some evidence that the BBC is ready for this challenge and I've documented some of the important work that's already under way.

Picking a couple of examples:

Mark Friend, Controller of A&Mi, told me about a fascinating plan to provide access to web site users' attention data and about his vision for an open speech radio archive.

Tom Scott explained the explosion of links to external music resources taking place at /music. Rob Hardy (and Michael Sparks) told me about the huge amount of code already released under various open source licences by the BBC's developers.

But there are large parts of the Corporation (not least in the various management suites) where the old broadcast truths still hold and where the transition has hardly begun. At Common Platform I drew a picture of the barriers to openness I've learnt about since I arrived: daunting but not in any sense insurmountable!

The BBC's Building Public Value, written four years ago, offers an early blueprint for the transition to the network era. It's a sadly neglected document that could do with updating.

Here's a terrific blog post from Tom Scott who is a very important techie in BBC Audio & Music. His starting point is Building Public Value.