How to build a DVB-T2 modulator & demodulator

Imagine for a moment that it's January 2008 and that DVB (The Digital Video Broadcasting Project) is currently drafting a specification called DVB-T2 for the next generation of digital terrestrial television transmission (DTT) systems.

For Freeview to remain competitive against other competing delivery channels, such as satellite, cable and in the future IPTV, it has to be able to deliver High Definition content to viewers who now increasingly have HD-ready large flat panel displays in their homes.

So DVB-T2 is a key enabler for DTT, Freeview in the UK, to be able to deliver HDTV services.

There are about 30 emails every day on the DVB-T2 email reflector as people from all over the world discuss detailed technical aspects of what should be in the specification.

Simply reading these emails is a full-time job in itself.

Ofcom has published the result of its consultation on the future of digital terrestrial television. It says that at the time of digital switchover,

one multiplex should be cleared of existing services in order to be upgraded to the new technologies, MPEG-4 and DVB-T2.

In the broadcasting world, there are two major trade shows each year. The first is NAB in Las Vegas in April and the second is IBC in Amsterdam in September.

Now we knew that the specification was on its way and we had two ambitious goals:

The first was to have real DVB-T2 compliant signals on air as soon as the specification was approved by DVB (which is expected to be in either March or June).

The second was to show a live real-time end-to-end chain consisting of High Definition (HD) source material, a DVB-T2 modulator, a DVB-T2 demodulator and an MPEG-4 video decoder showing pictures on a large HD display at IBC in September.

Remember it's January 2008 and at this point we have... nothing.

The first goal was to produce a modulator so that we could begin transmissions at the same time as the specification is approved.

We also needed to work with our transmission partners Arqiva and National Grid Wireless in order to find a suitable transmission site and to install our transmissions equipment there, as well as applying for a transmission licence from Ofcom. After considering many factors, such as the availability of a suitable frequency, Guildford was chosen.

The main development task for us in BBC R&I was to produce a modulator. We needed to build both the hardware and the firmware (VHDL).

In order to produce a modulator in the short time available, we opted to use a HAPS-51 FPGA development card.

This meant that in hardware terms, we only had to build an interface card and a box to put it in. The photo below shows the prototype modulator we developed. The hardware was developed by one of my colleagues Martin Thorp. 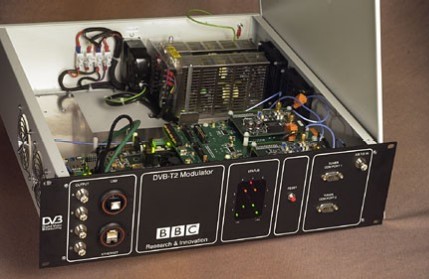 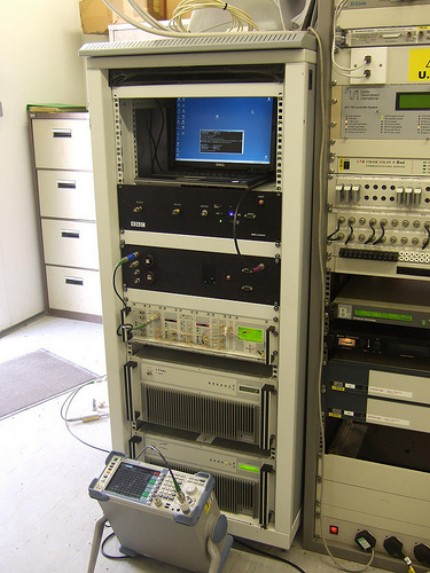 We then made a few spot measurements around Guildford to verify that the signal was being transmitted as expected.

The picture below shows Martin (right) and me (left) receiving the first test transmissions from Guildford. 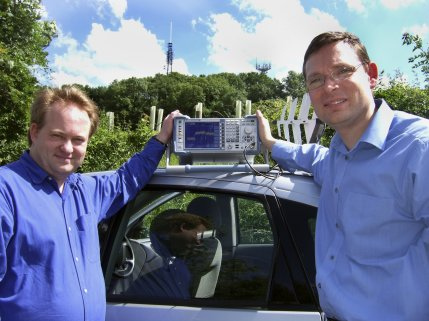 On the day that the specification was approved by DVB (26 June 2008), we issued a press release to tell the world that we had begun the world's first experimental DVB-T2 transmissions.

Immediately after the press release went out, I had to do a series of press interviews about what we had done. I even did one of these by phone on my summer holiday from America.

The next stage was much more difficult. We had to build a demodulator in time for IBC in September (two months away).

Now, a demodulator is much harder than a modulator. The specification tells you exactly what signal to transmit, so "all" you have to do is build a piece of equipment that codes the signal in the way defined by the specification.

When you build a demodulator, you have the problem that the signal will not be as good as when it was transmitted (it could be subjected to noise, multipath or interference for example). So you have to build your demodulator to cope with all these problems. You also have to design algorithms to receive the signals at all.

As with the modulator, we opted to use a HAPS-51 FPGA (Field-programmable gate array) development card. However, due to the additional complexity of the receiver, we needed to use two of them.

Again, my colleague Martin organised the hardware (including building an interface board) while I was on holiday in America. 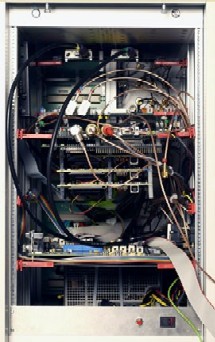 The result was that when I came back, he had built the receiver shown in the photo which was a perfect hardware platform on which to develop the receiver firmware. The date was now August 4 and I knew that I was going to have to put in long hours to develop the demodulator. So my wife and kids went to visit their grandparents in Tenerife for a couple of weeks. During this period I was working seven days a week from 10am to 2am. Oliver Haffenden came in at the weekend to help me with the algorithm development work. 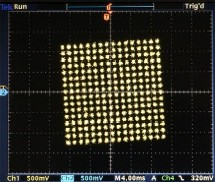 The good news is that by the time my family got back, we were viewing rotated 256-QAM constellations in the receiver [see picture]. This was a very encouraging sign.

This meant that many of our senior managers who were visiting our site for the anniversary were able to have a full demonstration of DVB-T2.

In order to have some high definition material to show at IBC, we coded some new material with the latest MPEG-4 encoders (which looks fantastic to me) and obtained rights clearance to use the material.

So at the end of this week, we will be packing up the demonstration and shipping it to Amsterdam to demonstrate at IBC. If you're there, please come and visit me on stand 1.D81 - we're looking forward to showing you the world's first end-to-end DVB-T2 modulator / demodulator chain.