Pic Of The Day: Penguins 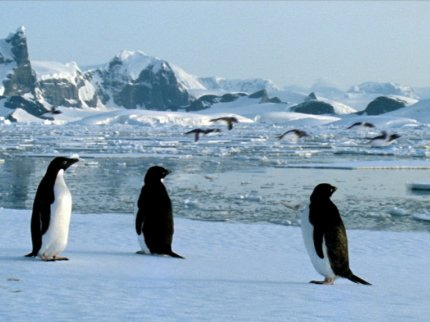 Above is a still from a very special BBC iPlayer promotion for a new BBC series Miracles of Evolution, in which film-maker and writer Terry Jones follows in the footsteps of Charles Darwin and his Voyage of the Beagle in 1831 - "a voyage which was ultimately to revolutionise the natural sciences with the publication of On The Origin Of The Species".

The first episode "presents spectacular footage, which has never been caught on camera before, of a unique colony of Adelie Penguins as they fly thousands of miles across the frozen wasteland of Antarctica to the Amazon Rainforest".