As a technologist, I know only too well just how hard it is for me and my colleagues to stay current with developments, especially the consumer market place.

Copious amounts of reading, web browsing, attending industry events, chewing the cud with colleagues and (very importantly) regularly visiting high street outlets to view the reality on the ground all help to maintain the knowledge base, but even then you are often taken unawares by some new gadget or trend.

Imagine, then, that as an organisation you are tasked with "help[ing to] build digital Britain" and that a sizeable portion of your workforce is as overwhelmed and baffled by the rapid changes in consumer technology and the implications for the BBC? This is where the Blue Room comes into its own. 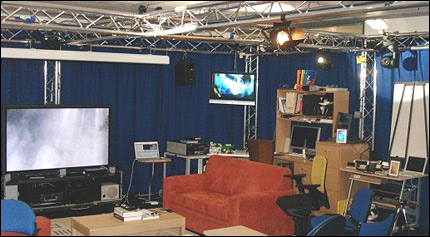 The Blue Room was set up about four years ago by Huw Williams (previously Head of BBC Research and Innovation) to investigate the impact of the rapidly changing consumer marketplace in the context of potential new platforms for BBC output and the changing nature of consumer behaviour. The facility has developed into a showcase of "must know" items, largely as a result of the talent and expertise of its resident expert: Trevor Robinson, the BBC's External Context Advisor. We are not alone in this, of course; several other companies have established their own "Media Labs" along similar lines. 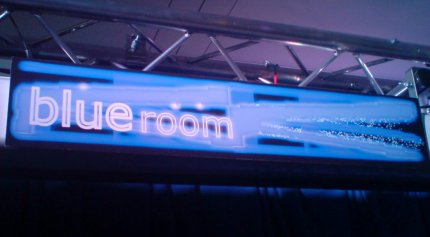 Our mission is to reach as many BBC staff as possible via a series of two-hour sessions: typically, we take a group of about ten staff around the various exhibits, explaining their importance and relevance to our activities and then inviting them to get to grips with the gadgets and devices to see for themselves what they do and how.

It is gratifying to see colleagues who arrive in some trepidation at the thought of touching or breaking some gadget actually getting to grips with a shiny box and discovering what it is all about. Let's face it: most of us don't have the time or the money to indulge the range of technologies on display which range from set-top boxes, MP3 players, HDTVs and players to robotic toys which interact with TV programmes. 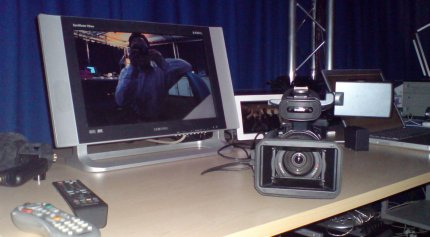 A wider aim is to support satellite facilities at BBC regional locations, an example of which is at BBC Belfast next month where they are running a technology event. This involves us taking the Blue Room "on the road" and in this context we also hope to contribute to events with a public-facing element where resources allow.

I hope to be able to share some thoughts on consumer items which interest us in future posts...