Pic Of The Day: Surround Video

Below is a picture of Surround Video, an idea being developed by technologists at BBC Research & Innovation. 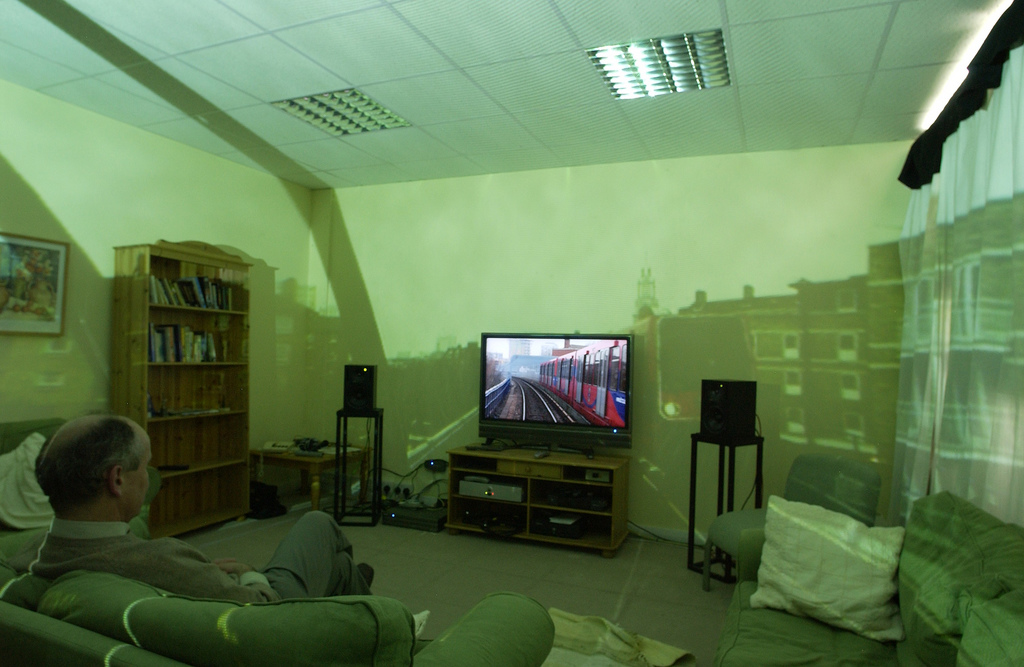 Graham Thomas of BBC R&I kindly sent me this explanation:

Surround Video is a means of visually immersing the viewer into a TV programme.

It is like surround sound, an optional extra that enhances viewing on a normal display. The idea is to use a wide angle (or fisheye) camera fixed rigidly alongside the normal camera shooting the programme, and to project the image onto the walls, ceiling and floor of the viewer's room.

The image is scaled and positioned to ensure that it aligns up with the existing TV, and warped to compensate for the distortion effects that come from the wide-angle lens and projection system. Although the projected image will be dimmer and of lower resolution than the main image, it nevertheless gives a strong feeling of immersion, particularly with motion cues being visible in the viewer's peripheral vision.

The effect is enhanced if the walls are light-coloured and relatively uncluttered, but it still works even if there are bookshelves and pictures. Currently, the system is just a research prototype, but it shows one way that TV viewing could develop in the future.

Thanks to Sarah Mines for the picture.

Surround video is mentioned in this recent article about the work of BBC R&I from The Independent. There's also more information in this PDF from the BBC Technology Festival.