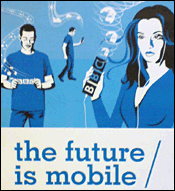 People have been predicting that mobile will be the next big thing for years, but finally some of the pieces seems to be falling into place. Devices like the iPhone are simplifying the consumer experience and creating real excitement; phone networks are offering all-you-can-eat tariffs; and content is being produced in ways that make it easy to reformat for small, medium and large mobile screens.

Meanwhile, at the Consumer electronics show (CES) in Las Vegas this week, there have been a host of new innovations in mobile, WiFi and handheld.

Back in London this week, we brought together some of the key players in the mobile industry - including Nokia, Vodafone, Apple, Microsoft, Yahoo and Blyk - for an event called The Future Is Mobile to share roadmaps and plans. 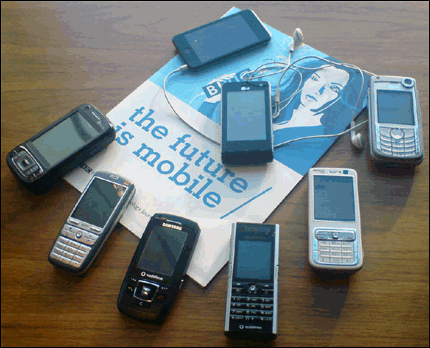 And it was a fascinating day. I learned that there were over 800 devices in regular use and 3.5bn phones in existence. I learned that 90% of mobile phones can access the internet but most people don't because they don't know that mobile web services exist, or they are too frightened to use them because of complexity and cost. 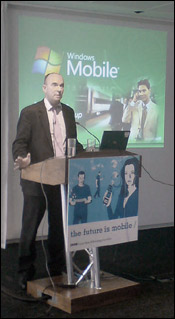 But the key learning for me was that operators, handset manufactures, software providers and content providers are now all pulling in the same direction. Pretty much everyone agrees that the mobile web is going to take off over the next two years and is committed to make it happen.

And there were a few areas where we couldn't agree... in fact, we had some polarised views. And this is where I am hoping you can help. Here are four questions we really struggled with.