Well, it's been three weeks since the BBC iPlayer launch on Christmas Day. Yesterday, we released some figures on its performance, showing that over 3.5m programmes have been streamed or downloaded on demand within a fortnight. 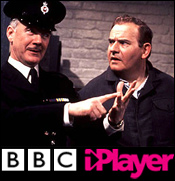 The Observer has described the early figures as "remarkably promising". I'd agree. In the first week, we saw more users than we had tentatively expected in the first month; way more. Perhaps we underestimated, but I based forecasts on the known industry ratio of consumption of audio to video on iTunes and other sites. Given that we already have a very healthy audio podcasting and streaming service for BBC content (16m downloads last month), we applied the same industry ratio to estimate video demand from BBC iPlayer.

Except it now looks like demand for long-form video over the web may be much higher than iTunes has witnessed so far: It's too early to say, but I think we may be at the start of rewriting the rule book. So does The Guardian's Mark Lawson, who wrote that "iPlayer may represent the biggest step-change yet in the way television is seen".

Anecdotally, it seems to have preserved some people's sanity over the Christmas break: typical of the feedback is a comment on my earlier post:

have to say that the iplayer has changed my life. Over Christmas I realised that my laptop had turned into an automatic personal video recorder and I would quietly step away from the mahem of the children watching Shrek (again) and have a peaceful moment in my study watching Top Gear in fine streaming quality. Theres no going back now, this is the future, its here and it works! Well done.

On most days, we're already seeing between a quarter and a third of a million programmes watched. This might be a part of the trial that won't convert to long-term regular use, but then again we've not started the internet part of the marketing campaign yet, so one shouldn't read too much in these figures either way.

Streams are outnumbering downloads by a factor of eight to one. I would imagine that eventually this might settle at one download for every three streams, especially when we have implemented bookmarking (pre-ordering of programmes to be downloaded, possibly ahead of transmission so that they are available in your "download manager" immediately after the programme has aired) and "series stacking" (downloading the first few episodes of a drama and binging on them to catch up with the story).

What is being watched, then?

Well, the obvious programmes are at the top - Best Of Top Gear, EastEnders, Sense And Sensibility, Doctor Who - with a small, but not marked, skew to programmes that appeal to a male audience. The top ten programmes account for about half of all consumption, and then the long tail effect starts to really kick in.

The ten programmes between numbers 40 and 50 in the chart still collectively account for 5% of all demand, and all the programmes outside the Top 50 added together still account for nearly half of all programmes. (Programmes as diverse as episodes of Porridge or a history of Factory Records). This chimes with other long tail evidence (and a prediction I gave last year), and bodes very well for Kangaroo, the joint venture between the BBC, ITV, and Channel Four.

What's going to hold back more consumption? I expected difficulty of use, technology issues, or non-compliance with particular platforms to be the main complaints into our call centre run by Capita. Call volumes were, according to Capita, very low, in total hundreds rather than thousands, and the number one complaint is actually the non-availability of a particular programme (usually for rights issues). Number two is the absence of a download button against some programmes (probably from Mac users, a known issue which we're working on).

The in-house support team, and our colleagues in Red Bee did a tremendous job keeping everything running smoothly over the Christmas and New Year period; huge thanks to all of them. The development teams are already hard at work on the next range of features, many aimed at helping the audience discover even more of the programming available through iPlayer, and bringing radio more closely into the fold.

More on all of this next month.