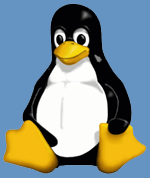 I have received and seen on the net a lot of comment on this point of the number of Linux users using bbc.co.uk, so I have had a good look into the validity of the figures I'd been given.

The BBC uses a range of systems to calculate user levels and the reporting system used to provide the numbers I quoted gave the lowest number (this is the system we use the most widely, and I've asked for a thorough check to see whether it is correctly picking up all Linux users).

Alternative analysis that we have run off which performs the measurement in different ways suggests that the potential number of Linux users could range from 0.3% to 0.8% (which, from a total UK bbc.co.uk userbase of 12.2m weekly users [source: TNS] could imply a userbase between 36,600 and 97,600. We'll try and get a more accurate picture: over 30,000 Linux users is a not insubstantial number, but we do have to keep this in context with the vast majority of users who use either Windows or Macs to access bbc.co.uk.