As has been discussed recently in the press and various channels online, the BBC has taken the decision to close BBC Backstage in December 2010. Given the report recently in the Guardian Tech blog this no doubt comes as little surprise to most. However, I thought I’d take the opportunity to explain why this decision was made and what it means for the BBC as an open innovator in the future.

BBC Backstage has been a great success. I am very proud to have worked with the team on numerous projects. It was the forerunner to many other emerging, successful initiatives and has made a valuable contribution in driving the BBC towards genuine open innovation. In many ways it has been very much of its time. 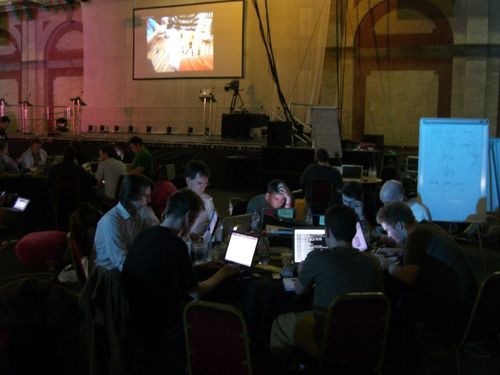 Hackday 2007. The Banana Labs team gather around a darkened desk to mash up yet another prototype using BBC data.

Following the official launch of Backstage in 2005 the project has consistently delivered groundbreaking prototypes using BBC data. Personally, the stories of Hackday 2007 at Ally Pally where lightning did indeed strike twice remains one of the numerous high points.  On that remarkable day the creative energies of the developer community prevailed, sheltering under umbrellas at times, with many people working through the night to build outstanding prototypes over the course of the weekend. Lord Reith would have approved of Backstage and its community on that day and many others.

Looking forward, BBC Future Media will shortly launch a more comprehensive repository of data feeds, development tools and APIs which will supersede the current Backstage collection. The BBC is in early discussions with a number of the other UK developer communities about aspirations to create a larger network of independent developers that will absorb and support the current BBC Backstage community.

As many of you know Ian Forrester, the producer of Backstage, fell seriously ill in May of this year. The plan for last ten months was always to implement a systematic winding down of Backstage in early summer but Ian’s illness precluded this. Now that Ian is once again able to take up his role within BBC R&D it feels like the right time to retire Backstage and allow Ian to concentrate on new projects. Innovation and Innovators don’t stand still and with the Backstage model now firmly established elsewhere it’s time to move on.

Over the remaining months, we will be using the Backstage blog to celebrate the achievements of the project. We’ll be sharing some articles written by Suw Charman-Anderson, commissioned earlier this year to produce a retrospective piece on the initiative. We will discuss in more detail the aspirations around the growth of a richer developer community in UK and Europe, explore the legacy of the project and its place in UK developer history and also share some details on some of the newer projects that the team have been working on. 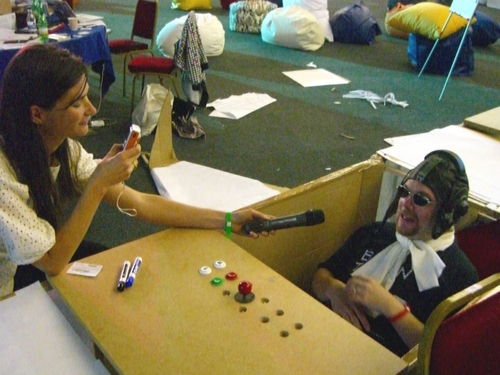 Huge credit and recognition needs to go out to so many people involved since the germ of the idea that became BBC Backstage was conceived in 2004. In particular I’d like to give thanks to the following people for their efforts: James Boardwell, Ben Metcalfe, Matt Locke, Tom Loosemore, Jem Stone, Ian Forrester, Matthew Cashmore, Rain Ashford and Ant Miller.

Finally, and most importantly, the BBC recognises that the success of Backstage is down to the whole community of developers, designers, contributors (and even critics) built around the project - a community who pushed it far beyond its original concept.

The BBC wants to support the community that is BBC Backstage and we’d really welcome ideas on how to extract as much learning from the project as possible as well as your thoughts on what its spiritual successor should tackle next. I want to say personally that BBC R&D is committed to retaining the team who have worked tirelessly on Backstage and I am looking forward to working with them on applying the Backstage philosophy to the new challenges faced by BBC.

Cheers and hope to see you in the next incarnation.