Following on from the Edinburgh TV Un-Festival 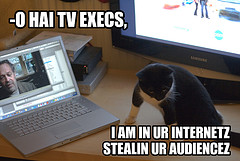 The Edinburgh TV Un-Festival kicked off in fine style last weekend. Once the introductions were out the way and people has filled out a spot out on the make shift schedule. It was straight into sessions. Each session was unique and well attended by people.

Because of the Un-conference nature of the event, the schedule would shift and change over the day. At one point the room names were hacked into famous British actors sayings, from Buffy Characters. Some of our favourite sessions included, 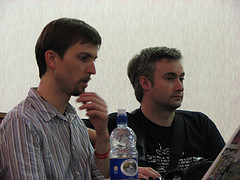 Backstage also recorded a podcast from the event titled "Is TV dead?" 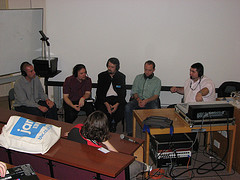 If you really want the full details of what happened in each session its worth checking out Suw Charman and Kevin Anderson's blog posts which read like a blow by blow of what happened and what was said. Fantastic reading but also quite scary how fast people can really type.

Jemima Kiss agrees with everyone that the event was great but it really lacked buy in from TV Execs. This was reflected on Sunday by only Rosie Brown being the only person with a real TV background on stage during the discussions. 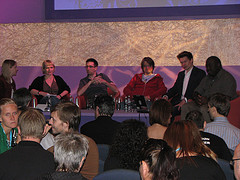 Sunday's session was titled Best of the Un-Festival: A glimpse of the geeks at the alternative TV Festival. It was always on the cards that we would bring part of the un-festival to the main tv festival but this worked better that first imagined. The discussion quickly turned to how to describe the opportunities to TV people, and many ideas and views were banded around by the quite large crowd which turned up to the session.