"I'm a big believer that the devil is in the detail," explained Tom Pellereau during his encounter with the Apprentice Insider. The energetic inventor's ability to scrutinise the small print, while still looking at the bigger picture, saw him emerge from behind his notorious notepad to claim victory in The Final. 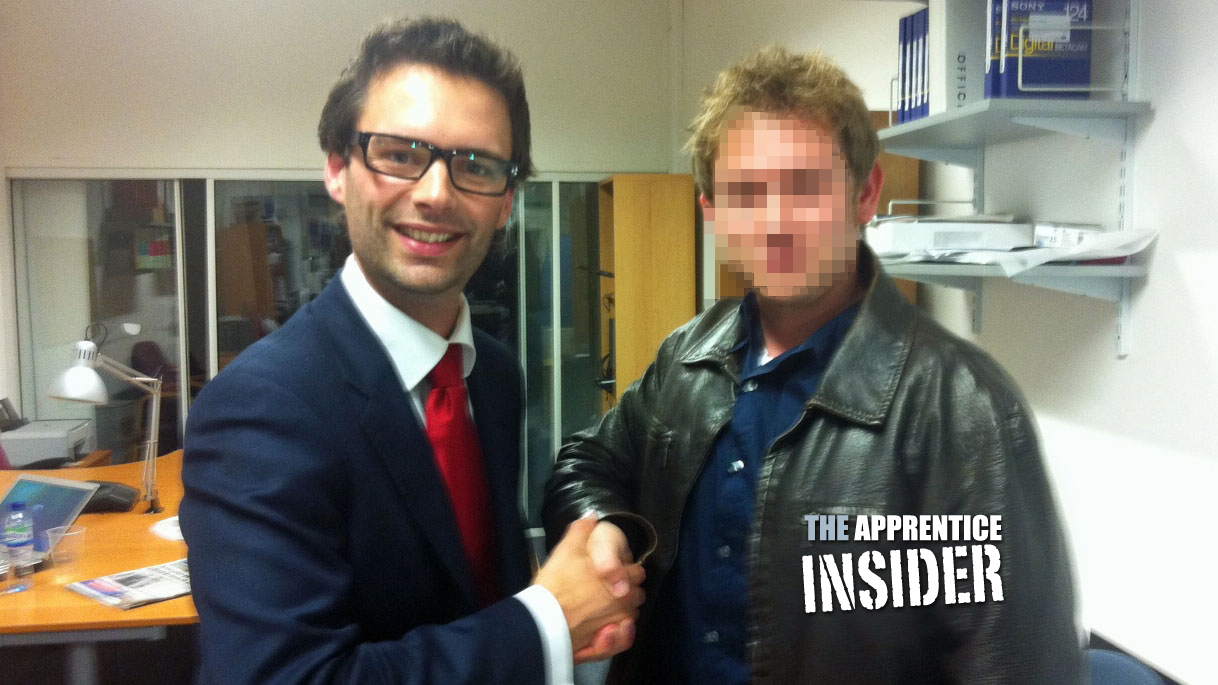 In the latter stages of the series, Tom was very much the (nodding) underdog given his string of task losses. So how did he keep his morale up? "I found myself on the losing team quite regularly, but also I knew deep down that what I had to say would have saved us," he answered. "I was pretty confident that it wasn't because of me that we'd lost and that I didn't deserve to be in the final three."

"It was very, very tough losing but what was good about being on the losing team is I got a huge amount of time to talk with Lord Sugar," explained the Emercrunchy creator. "So very early on I was able to show him what I was made of. That interaction was very powerful for me and helped in comparison to Helen, who Lord Sugar had actually never spoken to really, until right at the very end. By that stage I was used to being in the boardroom and I knew how to fight my corner and the kind of language that Lord Sugar liked to hear."

One thing that his new business partner might not like to hear in future meetings is the suggestion of what Tom described as the 'Paper Scissors Stone decision methodology'. "I'm not sure I'd use that in business again," he admitted, referring to the infamous incident to determine whether Natasha or he delivered a key pitch in the Paris task. "I'm a big believer in fairness and in this process there were certain times where, even as the leader, I felt it had to be fair – because whoever gave that pitch got those sales. So with Natasha, I felt I couldn't just say "I'll do it'. So we played a fair game."

Speaking of fair game, that's exactly what the remaining four candidates were for the interviewers in the Apprentice Final. "For me personally, Claude (Littner) was by far the toughest interviewer," Tom revealed. "It was my first interview. When I went in there, rather than standing up and shaking hands, he just sat there and then his first question was absolutely brutal. I was sort of like 'wow, okay, this is how it's going to be is it?"

As humble as ever, Tom wished to express his gratitude for the gratefulness for the backing he received on social networking sites: "I'd really like to thank all the supporters I've had during this process. The 'Poor Tom' supporters, #TeamTom – and all the massively kind words I've had… thank you so much to everyone! It has been grueling watching certain things but hilarious seeing people to talk about MyPy or 'I need an Emergency Biscuit'!"

Watch Tom speak about runner-up Helen, his string of nicknames and his reaction to hearing the good news in our exclusive interview video:

What did you make of Tom's victory and what are your highlights from his time on The Apprentice? Click on the Comments button to share your thoughts. 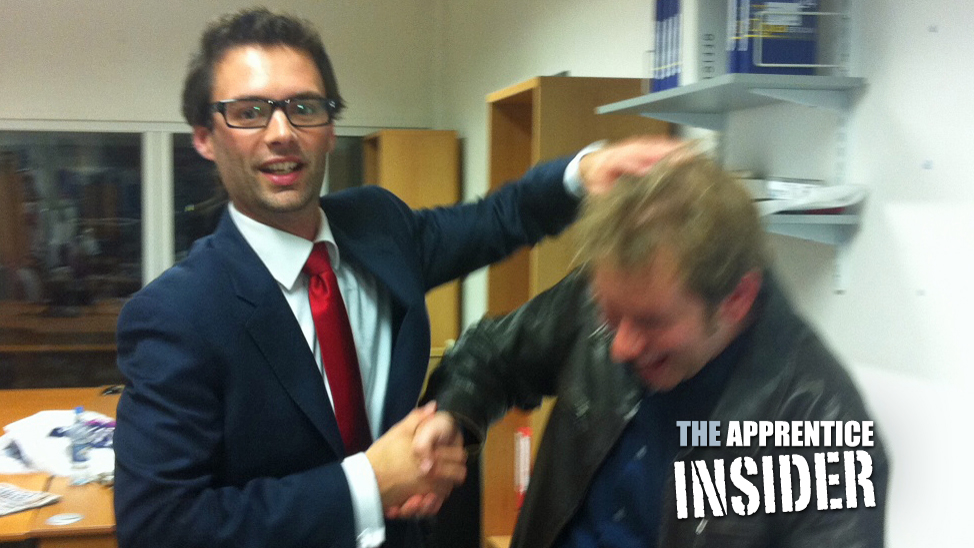 Tom toasts his success by trying to de-pixelate the Insider!