"I have the self-belief to win gold. I know it sounds crazy when I've never finished on the podium yet... but I know what I am capable of."

Britain's top skier Chemmy Alcott is certainly not shy about her Winter Olympics aspirations but it's time for the talking to stop and for her to start registering results to back up her words.

The countdown to the Vancouver Olympics next February starts in earnest when the World Cup season begins with the traditional curtain-raiser in Soelden, Austria, on 24 October.

Alcott will be there, competing in the giant slalom and hoping for a performance like last year when she won the second leg of the race to finish 10th overall.

"I've proved I've got what it takes to win," the 27-year-old told me, "and this is the biggest year of my life and my career as a ski racer."

Alcott is extremely strong-willed, her enthusiasm and determination to succeed is infectious and she will stop at nothing - including putting her boyfriend on hold for a few months - to concentrate on Olympic glory. 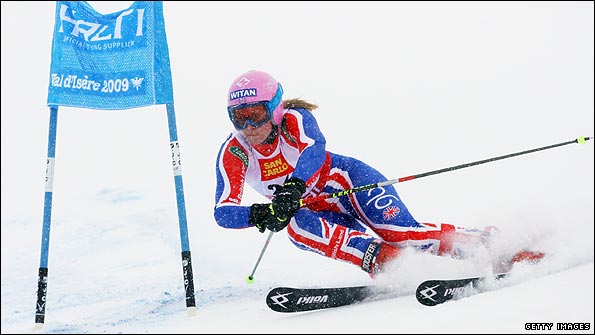 She even took it in her stride when the governing body, Snowsports GB, ran into financial problems earlier this year which meant the British World Cup ski and snowboard teams, also featuring Noel Baxter, Ed Drake and Zoe Gillings, had to secure large amounts of their own funding to continue as the Olympics loomed on the horizon.

"That's the nature of the situation. It's Olympic year. I'm not going to sacrifice all the work I've done over the last 12 years. I will put money in, they know that, but you really feel you should be fully supported," she said.

"I just want to do what I can in the sport. I don't want to quit it as a bitter British alpine racer going 'if I had had the money I could've done this' because I put so much into the sport and sacrifice so much and know that I can win I just need the right programme."

Alcott, who has four top 10 finishes in the World Cup and an 11th place in an Olympic downhill under her belt, wants a good result in Soelden but does not want to peak too soon as her main aim is a medal at the Olympics, which start on 12 February next year.

She has five shots at becoming Britain's first alpine ski medallist (Alain Baxter's bronze in the 2002 Winter Olympics was wiped from the records for failing a drugs test) as she is aiming to compete in the slalom, giant slalom, downhill, super-G and combined.

"The Olympics always throw up surprises. I believe the top 30 girls are all of the same talent level, it's down to confidence, luck and if you can handle the pressure," says Alcott.

It's also about keeping fit and not crashing - something she is very aware of after missing most of last season with a broken ankle.

But fingers crossed for her fitness as her brothers Rufus and Alex will be there to cheer her on in Canada after Alcott managed to secure a house-swap with a woman in Whistler who seems to be the only local not interested in watching the Games.

She will instead spend February at Alcott's cottage near Hampton Court in the London suburbs.

Alcott is delighted her brothers will be joining her in Whistler but frustrated that their ticket applications were unsuccessful for her favoured events, the giant slalom and super-G: "It's very annoying but what can you do?" she says philosophically.

Alcott has been impressive in pre-season in Chile and New Zealand, blitzing the German and Italian teams she has been training with but it's the actual races that count.

Two veterans of the slopes have called it a day, Austrian powerhouse Hermann Maier and his compatriot Renate Goetschl, who is starting a family.

The eccentric Maier was a true ski legend who didn't let the small matter of a 36cm pin inserted into his leg after an horrific motorcycle crash deter him from racing.

But at the age of 36, after four Winter Olympic medals, seven World Championship medals and four overall World Cup titles, the physical exertion has become too much. 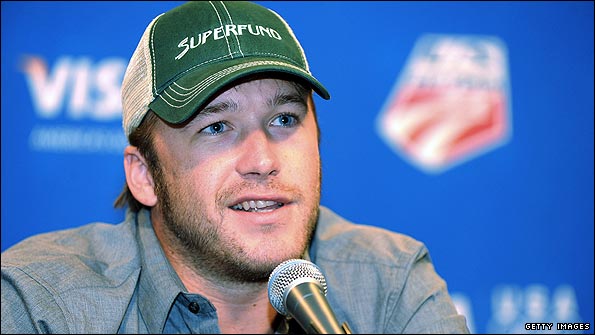 Maier will be missed but at least fans will be once again be able to see another of the sport's colourful and controversial characters - Bode Miller.

The 32-year-old is back with the US ski team after a fall-out which led to him quitting the official squad and setting up Team America a couple of years ago.

Miller, a naturally gifted skier with a win-or-crash attitude, has now returned to the fold and will attempt to qualify for the Winter Olympics as there is definitely unfinished business there.

He has flopped on the world's biggest stage in his previous two Games, when he hogged the headlines for his partying rather than his prowess on the piste.

I for one would not be surprised if he rocked up and won a medal in February.

Hi, I'm a senior broadcast journalist covering all sports, but have a particular passion for winter sports. Anything fast and furious like skiing and bobsleigh, and at the other end of the spectrum, the genteel world of cricket and curling. You can also follow me on Twitter.

You can stay up to date with Anna Thompson’s Blog via these feeds.