Hard work is done, time for nerves of steel

This blog comes to you from Lago di Varese in northern Italy, where we're putting the final touches to our preparation for the Olympic Games.

We transfer to Dorney Lake early next week with the Olympic regatta starting on Saturday morning.

The heats for the women's eight are scheduled to start the day after that, which leaves us the best part of a week before battle commences.

What we're trying to do out here is absolutely not to come up with a performance that will win us the Olympics.

That may sound like an odd thing to say, but in my opinion that's not how sport works - it's not that simple. 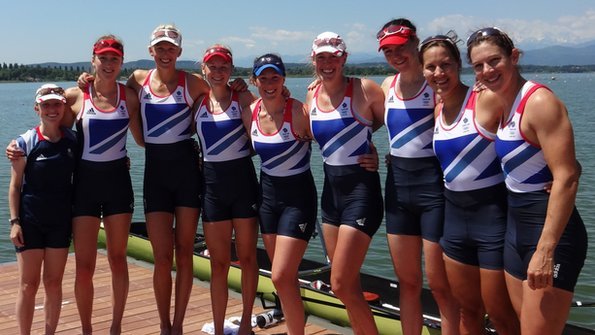 What we're trying to do is to come up with a robust, repeatable, predictable performance than we have 101% confidence in; then take that to Dorney and race the hell out of it.

The thing to remember is that at all big events, World Championships and Olympic Games, the standard of sport will be incredibly high right across the board, and all the athletes will all be incredibly talented and in the form of their lives.

What makes the difference, then? Quite simply - the ability of the people involved to get it right on the day.

It's about being able to sink the crucial putt when the Open depends on it; Jonny Wilkinson kicking the drop goal with seconds of the World Cup final remaining; Roger Federer landing an ace when he's match-point down.

The Olympic Games are a pressure cooker, and it becomes less about rowing and more about character, and how we as people will react to the atmosphere of the Olympic cauldron.

It's not the rowing which will win it - it will be the crew that grabs the six-minute window of opportunity with both hands and doesn't let go. We know that Olympic medals are decided by a few hundredths of a second - an inch or two - so there will literally be the blink of an eye that separates the euphoric joy of success, from the crushing disappointment of failure.

And there's no second chance. The result we get at our Olympic regatta will live with us for the rest of our lives.

From my own experience in Beijing, where I was part of the quad, I'd put my heart, body and soul into winning gold, so when we came away with silver I was left with the bitter, wrenching, shocking disbelief of failure which has stayed with me ever since.

So the purpose of all the work we're doing at the moment is to remove the possibility that we'll underperform, and instead establish a platform from which we can fight the rest of the world.

We've done the hard yards, we've done the planning, talking, and ironing out of inconsistencies, so that we can sit on that start line in August with the only unknown being how far we can reach into the depths of our souls to find a performance of which we never knew we were capable.

Hi, I'm Annabel Vernon, Olympic rowing silver medallist and proud Cornishwoman. I'll be writing about some of the ups and downs of life in the fast lane of Britain's most successful Olympic sport as I journey down the road to London 2012.

You can stay up to date with Annabel Vernon via these feeds.