Lewis Hamilton move would not be a huge surprise

If Lewis Hamilton does move to Mercedes from McLaren for next season, as Eddie Jordan believes he will, it would be a massive shock but not a huge surprise.

There has appeared no urgency from either Hamilton or McLaren to sort out a new contract for 2013 and at the same time there have been signs of unease in the relationship.

The 27-year-old's management team have approached all the big teams this summer and they got short shrift from Red Bull and Ferrari.

Mercedes's reaction has been warmer, and negotiations are known to have taken place, but the issue is complicated by Michael Schumacher's situation. 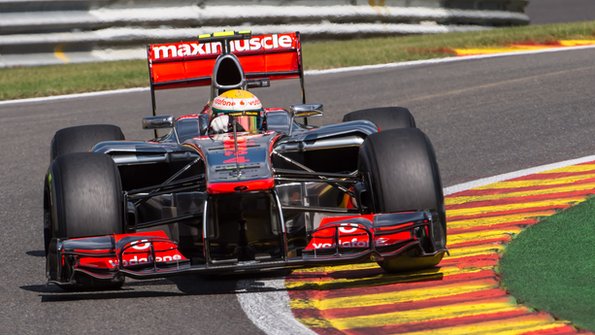 Lewis Hamilton is on the verge of leaving Mclaren to drive for Mercedes next season. Photo: Getty

Schumacher has not exactly been setting the world on fire this season, with the notable exception of qualifying fastest in Monaco, but at the same time Mercedes cannot be seen to be sacking him because of his status, particularly in Germany.

The German legend is of huge promotional value to Mercedes but the company is split on whether he should continue.

From a marketing point of view, he is a dream - and as he is considered untouchable in Germany any decision to move aside must appear to have come from him.

But those who see the F1 programme from a performance point of view would rather Schumacher stepped down and made way for someone younger and faster.

If they can replace him with someone of the highest calibre - someone such as Hamilton, for example - then that helps, too, as the decision is more easily understandable.

And it is clear after an increasingly uncompetitive season that the team could benefit from employing Hamilton, who is one of F1's 'big three' alongside Fernando Alonso and Sebastian Vettel, neither of whom are available.

The attraction Mercedes might have to Hamilton is less clear, given their current struggles, but perhaps the continuing frustrations of his time at McLaren have convinced him it is time for a change.

McLaren struggled by their own high standards in 2009-11, during which time Hamilton did not have a car competitive enough to mount a full-on title challenge.

They came closest in 2010, but it was always a battle against the generally faster Red Bull and Ferrari.

And although McLaren started this season with the fastest car - and have it again after a brief mid-season dip in form - operational errors earlier in the season hit Hamilton's title bid.

Money may well also be an important factor. Hamilton made some cryptic comments in Belgium last weekend about his future move being a "business decision".

Equally, there have been signs of friction between him and McLaren.

In certain quarters of the team, they are uncomfortable about Hamilton's approach to his job and his mindset. And the disconnect was made public this weekend with his ill-advised behaviour on the social networking site Twitter, on which he posted a picture of confidential team telemetry.

Where does that all leave McLaren, Mercedes and Hamilton? Time will tell.