Formula 1 is undergoing a quiet revolution.

In two years' time, the cars that line up on the grid for the start of the 2013 season will be vastly different from those that raced in 2010.

Now, BBC Sport can reveal that, driven by this big change to the engine regulations, the cars will also undergo their own huge revisions.

To the casual observer, they will still look like F1 cars and, importantly, will still go like them. But within the limitations of an open-cockpit, single-seater racing car with exposed wheels, they will be very different from current machines.

In their place will be a car with much smaller front and rear wings and the much flatter, lower-pitched sound of a lower-revving turbo.

And critically - although largely invisible - there will be a shaped underfloor, replacing the flat bottoms that have been on F1 cars since 1983. 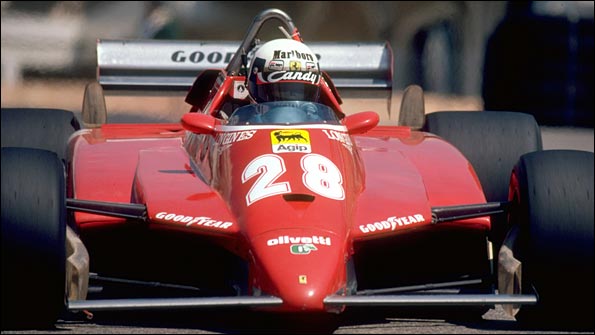 These external changes reflect a major change in the philosophy behind the cars and, as with the turbo engines, it is a case of back to the future. As the 1980s dominate the latest High Street fashions, so F1 is borrowing from technologies last seen then and updating them for the 21st century.

F1 last saw turbo engines in 1988. The last time cars had shaped underbodies was 1982. Those were the days of 'ground effect', when designers created huge amounts of aerodynamic downforce - and high cornering speeds - by accelerating the air under the car through the use of curved underfloors to create a 'venturi effect'. This was enhanced by the use of 'skirts', which sealed the underbody and prevented air leaking out of the sides.

We are not talking about a return to those days but the general principle is the same. Just as the cars in the 1979-82 period had small front and rear wings, so will the cars of 2013 and beyond.

The difference now is that whereas in the late 1970s and early '80s aerodynamics in F1 cars were still relatively in their infancy and designers were simply chasing as much as they could, now they are highly refined. And the men behind the proposed new rules are using the underfloor of the car to create efficient - but strictly limited - downforce.

The FIA recognised that if it was to make such a major change to the cars, it needed to be done as effectively and credibly as possible. So to help draw up the new rules they asked two of the most respected and experienced designers they could find - Patrick Head and Rory Byrne.

Between them, Head, the engineering director of Williams, and Byrne, now retired but formerly of Benetton and Ferrari, have won a total of 17 constructors' titles and 15 drivers' titles. They were first approached by FIA president Jean Todt in March 2010.

Among the provisos Head and Byrne were given were: a) at the very least, make sure the changes did not make overtaking any harder than it already is; and b) make the cars a bit harder to drive - the target being for a driver to be able to be on full throttle for only about 50% of the lap, as opposed to the current average of 70%.

The new regulations are being fine-tuned by FIA race director Charlie Whiting this week before being sent to the 12 F1 teams for analysis. In the new year, they will be critiqued at the sport's Technical Working Group, a group of leading engineers who effectively define the technical rules.

Head says "sure as hell there'll be some small changes" there. The basic philosophy, though, is expected to stay the same, while Head says the shaped underfloor is "inevitable".

"It all starts with the fact that we are only going to have roughly 65% of the amount of fuel, and a (limited) fuel flow rate," he explains. "When you're very limited on fuel, it's very clear you've got to reduce drag enormously. OK, the tyres are a very high proportion of the drag but we decided not to put tiny skinny tyres on it because it's still required to go around corners quickly.

"So the next thing you turn to is the massive rear wing we're running at the moment and as soon as you replace that with a much smaller one, it's 'Oh, we've lost all our downforce, so what can we do?' So inevitably you end up with a shaped underside."

This idea has been around for a long time - as long ago as 1998, when another working group, led by the late Dr Harvey Postlethwaite, also suggested reducing the sizes of front and rear wings and re-introducing shaped underfloors. The idea was canned by then FIA president Max Mosley.

Back then, the motivating factor was to improve the racing. In theory, cars designed this way can follow each other more closely than modern F1 cars.

Currently, drivers experience a severe lack of grip when they get to within about a second of a car in front because the airflow to their cars, particularly over the critical front wing, is badly disturbed.

In theory, with smaller wings and a greater proportion of the total downforce coming from under the car, there is less disturbance in the wake of the car in front, so a following car loses less aerodynamic downforce. It therefore retains more grip, allowing drivers to get closer to the car they want to overtake, making passing easier.

Under these new rules, any benefit to the racing will be secondary. The first goal is improving the cars' efficiency.

But it's just possible that, in chasing a goal that is all about keeping F1 in step with a world of diminishing fossil fuels, the effect will be to make overtaking easier.

Chastened by years of rule changes aimed at making cars more raceable that made no discernible difference, those involved are cagey about that for now. But one senior figure will at least admit the thought is on their minds.

"One of the fundamental parts of this," he said, "was that it wouldn't make it worse. But we do believe that if you can ensure there's less disturbance in the wake, that's good."