Formula One is changing fast. And just one of the ways is that when the 2009 season starts on 27 March in Melbourne, Australia, for the first time that race will be shown at an hour that is almost sociable for viewers in the UK.

As recently as last year, anyone who wanted to watch the Australian Grand Prix live had to be really keen - the race was on at three o'clock in the morning.

This year, though, as part of F1 commercial supremo Bernie Ecclestone's drive to keep his core European audience happy while at the same time retaining the sport's truly international flavour, even the most time-zone-unfriendly race of them all has had to shift its start time to 0700 in the UK.

Despite the huge time difference, that does not mean Melbourne will be a night race like the spectacularly successful inaugural Singapore Grand Prix last year. But with the start at 1700 in Australia, it will be pretty close to dusk by the time it ends.

While the late start will certainly make watching the race in the UK less painful, I suspect it may mean it loses just a touch of its appeal.

When I wasn't actually working at the race, for me - and I suspect many others - getting up at stupid o'clock was part of the charm of the Australian Grand Prix. It somehow made it more of an event, a bit more exotic, just that bit more special. 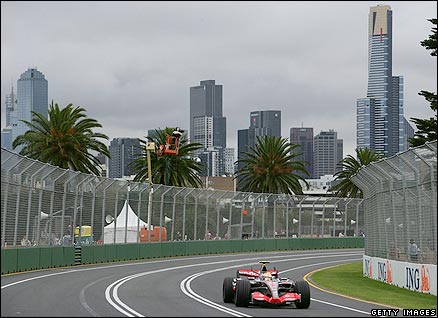 Even more than usual, too, the start of F1's eight-month troop around the globe hardly needs any help in enticing people to watch it.

It is hard to think of a new season that has invited greater anticipation, more excitement, than this one - with new rules making it impossible to predict who will be quick in Australia.

Everyone in F1 looks forward to Melbourne. The excitement of racing again after a hard winter's work makes even the 24-hour flight a relatively welcome prospect. And there is also the prospect of getting off the plane in a welcoming, atmospheric city. It truly is a splendid place to start the season.

This year, thanks to the upheaval in the sport, there is also every reason to hope that Melbourne will not only be a wonderful event, but that it will also host a truly great Australian Grand Prix.

There have been a few of those since the country first hosted F1 in Adelaide in 1985.

Before every race this year, we will be asking you to vote for the classic event that you want to watch on the BBC Sport website.

Following the preceding race, I will on this blog give you five choices from the past - and we would like you to say which one of those you want to watch highlights of the following week in the run-up to this year's event. (Obviously, when there is only a week between races, we will compress the timescale a bit) 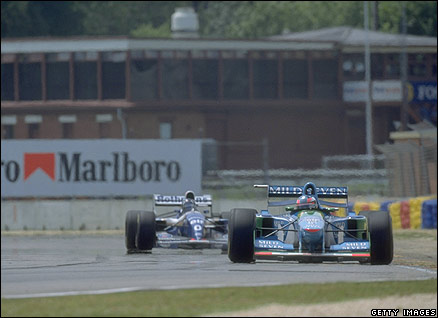 It should give you plenty to talk about - and I would love to hear your views on the races we've chosen, as well as the ones we've left out either because we had to choose just five (which wasn't always easy) or simply because we forgot some.

On this blog, I will also be analysing and commenting on many of the major issues of the F1 year - a task I will share with BBC commentator Jonathan Legard, who has his own blog, as well as expert analyst Martin Brundle and leading F1 journalist Mark Hughes, who sits in the commentary box with Jonathan and Martin spotting things they may have missed. Both Martin and Mark will write regular post-race columns.

For now, though, here is our list of five classic Australian F1 races to choose from - and a little taster of an event that has gone down not only as one of the most remarkable Grands Prix in Australia, but one of the best ever.

1991 - the shortest race in F1 history, abandoned after 14 laps in torrential rain

1994 - Michael Schumacher and Damon Hill collide, deciding the title in the German's favour