This morning, despite a colossal downpour in central London, I whistled my way into work following the announcement last night that the British Museum had won the Art Fund Prize for Museum of the Year 2011.

The reason was this project - A History of the World. A two-million-year history of humanity on air, online and on display in partnership with the BBC and over 500 museums, galleries and heritage sites across the UK.

The Art Fund judges made their choice (from hundreds of entries, a long-list of 10, and then a shortlist of four) – according to broadcaster and former MP, Michael Portillo – because of:

The truly global scope of the British Museum’s project, which combined intellectual rigour and open heartedness, and went far beyond the boundaries of the museum’s walls.

Above all, we felt that this project, which showed a truly pioneering use of digital media, has led the way for museums to interact with their audiences in new and different ways. Without changing the core of the British Museum’s purpose, people have and are continuing to engage with objects in an innovative way as a consequence of this project.

His words are certainly very flattering and describe the broadness of this project: a 100-part radio series; physical displays, and of course this website where listeners could explore the British Museum objects, download podcasts of the series and discover the thousands of objects uploaded by museums, galleries, and individuals.

Speaking today, Neil MacGregor, the Museum Director, explained that the prize rewards the hard work of the entire Museum, but also the work of all those other museums who made the project what it is:

It is the first time a national museum has won the prize, and it is truly a prize for the whole Museum, as everybody contributed to making the project such a success.

The prize is £100,000. We shall use it for a series of Spotlight Tours, lending star British Museum objects around England, Northern Ireland, Scotland and Wales. This seems appropriate as A History of the World involved 550 heritage partners, from Shetland to the Scilly Isles, who worked hand in hand with the BBC to explore global stories through museum collections of every complexion.

So, in truth, it’s not just the British Museum that can now proudly call itself Museum of the Year, it’s 550 museums, galleries and heritage sites – not to mention the many thousands of individuals who shared their objects and stories with us on this website. 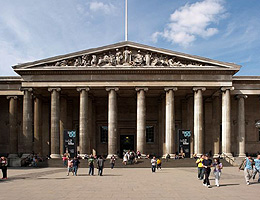 We’re very excited to discover that the British Museum has made it onto the long list for this year’s Art Fund Prize for A History of the World.

The prize is awarded each year and aims to “recognise and stimulate originality and excellence in museums and galleries in the UK, and increase public appreciation and enjoyment of all they have to offer.”

It’s great to be in the running and now it’s a nervous wait to see if we make it onto the shortlist in May.

You can see all ten of the nominees on the long list on the Art Fund’s website – and you can also join in their online poll to let the judges know who you think should win.

A History of Cornwall in 100 Objects

What comes to mind when you think of Cornwall? Sandy beaches? Fishing? Rick Stein? That’s the popular image: sleepy fishing villages and crowded beaches. But how about soap? Did you know that Mr Pears of Pears soap came from Mevagissey in Cornwall?  Or astronomy? John Couch Adams, jointly credited with the discovery of the planet Neptune, came from around Launceston, near Dartmoor.  Or peace? I bet you didn’t know that Alfred Nobel, he of the Peace Prize fame, once owned an explosives factory at Perranporth.

Me neither. But now we do thanks to a fantastic project underway in Cornwall that is bringing these stories together from museums across the county. Mary Godwin from Cornwall Museums explains what they’re doing: 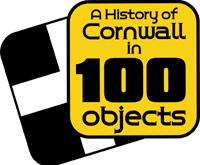 Throughout 2011, Museums right across Cornwall, from the Atlantic coast to the Tamar, are telling ‘A History of Cornwall in 100 Objects’ - a project inspired by HOTW - and these objects are now being posted onto the History of the World website.

The project is being run by the Museum Development Officer team who are based at the Royal Cornwall Museum, in Truro.  The selection process has involved museums of all sizes – of which there are over 60 in the county - from tiny volunteer-run museums to major high-profile organisations.  The aim is to get local people and visitors alike to see these unique objects and learn more about Cornwall’s history.

There has been some heated debate along the way and the final choice has not been without controversy, but it has certainly generated a lot of interest and brought to light some wonderful, unexpected and quintessentially Cornish objects.

One of those 100 objects is a surfboard from Perranzabuloe Museum at Perranporth.  Bellyboard surfing became popular at Perranporth soon after the end of World War I when George Tamlyn and William Saunders returned from the western front. There they had met South African surfers and decided to bring the sport to Cornwall.

The local coffin maker and builder, Tom Tremewan knocked up surf boards at 2 shillings a time. The first boards were flat and made from two pieces of tongue-and-groove deal screwed to three wooden cross pieces.

Old floorboards and nails were used, to keep costs down and additional supplies were sometimes brought to Perranporth on the top of the local bus.  Hundreds of surf boards were made each year at Tremewans in Perranporth.   Better types of boards, with curved ends, evolved over time, at a higher price of course.

Another very Cornish and very strange object is the Padstow Obby Oss which can be seen in the town’s volunteer-run museum.  Padstow is not only famous for Rick Stein’s cooking but also for one of Cornwall's most famous and enduring May Day folk customs. The Obby Oss looks very much like an African mask – it’s very similar to that of the Duck Dancers of New Guinea.

Over the coming year the 100 objects project will be used to generate media and community interest in museums and Cornwall’s unique heritage.

It’s great to see the museums in Cornwall joining together to do this. Perhaps, I’ll make it down there next year to hunt down some of the objects – I particularly like the look of Elliot's shop. In the meantime, you can look through all 100 Cornwall objects here, including Trengrouse's Rocket, Gorsedd robes and  Alfred Nobel’s stool.

All the latest news from the A History of the World project.

You can stay up to date with A History of the World via these feeds.

A History of the World Feed(RSS)

A History of the World Feed(ATOM)

A History of the World in 100 Objects

A History of the World bookmarks

Awards: a shoe and a mask

So we didn’t pick up an award at the BIMAs last week. We lost out to the create-a-logo project Recode Decode from the V&A and the first-person, public information film on YouTube about knife crime Choose a Different Ending, from...

It's nice to be nominated

The end of the year approaches and with it the awards season. We are off to the British Interactive Media Awards tonight, where A History of the World is nominated in two categories: Integrated Campaign and Arts & Culture. We...

Since September we've been inviting schools to take part in the Relic Challenge. The idea is to get kids talking about objects from their homes and seeing how they can be used to look at history. Schools are invited to...

So last night was the launch of the official book of the series. I managed to snag a ticket to the event at the British Museum in which Neil MacGregor and Mark Damazer looked back at how the...