Is China interfering in Africa's affairs?

The spiritual leader of Tibet, the Dalai Lama, has cancelled a trip to South Africa for the 80th birthday celebrations of fellow Nobel Peace laureate, Archbishop Desmond Tutu. 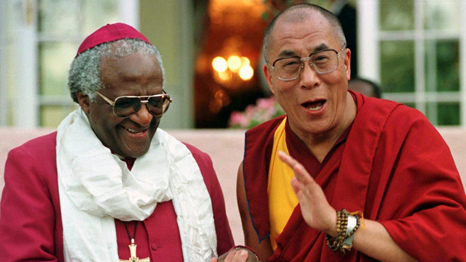 The South African government has denied it was under pressure from China to block the visit, though a visa for the trip was never issued.

But the archbishop has criticised the government for "kowtowing to Chinese pressure".

The Dalai Lama was welcomed into South Africa during Nelson Mandela's presidency, but more recently has been denied entry as relations between China and South Africa strengthened.

A joint statement by the Office for Tibet in South Africa and the Desmond Tutu Peace Centre described the treatment of the two Nobel Laureates as "profoundly disrespectful".

Do you think the Chinese are interfering too much in Africa's affairs? What is more important, the Dalai Lama's visit or Chinese investment? Is the relationship between Africa and China changing?

If you would like to debate this topic LIVE on air on Tuesday 4 October at 1600 GMT, please include a telephone number. It will not be published.