Has anything really changed in Egypt?

Egypt's military rulers are calling for a probe into the weekend's unrest in Cairo that left 25 people dead and an estimated 300 injured. 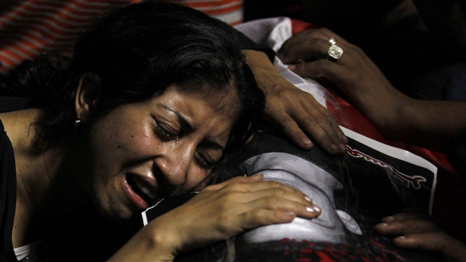 On Sunday security forces moved in on a protest march organised by Coptic Christians angry at an attack on a church.

So what does this say about the military government's handling of civilian protests?

After the euphoria of the revolution, has anything really changed in Egypt?

BBC listener Fally Fidal Mwelii in Kenya says "It's a Different cast but the same script". Do you agree?

Who is really in charge, and what are the prospects for peaceful change with the country's parliamentary elections due to be held in November?

If you would like to debate this topic LIVE on air on Tuesday 11 October at 1600 GMT, please include a telephone number. It will not be published.