Why is Africa failing on health MDGs?

Researchers say just nine of 137 developing countries will achieve ambitious targets to improve the health of women and children. 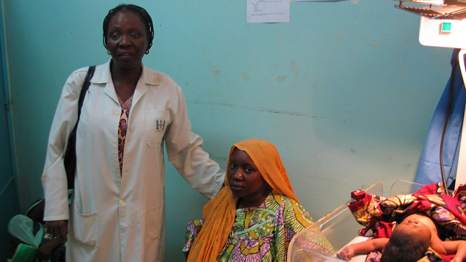 MDG4 aims to reduce the death rate for children aged under five by two-thirds between 1990 and 2015.

MDG5 states an ambition to cut deaths among pregnant women and new mothers by three-quarters during the same timescale.

The experts predict that no country in sub-Saharan Africa will meet the goals to dramatically reduce deaths by 2015.

The targets were set by world leaders in 2000.  Were they realistic? Is it better to aim high and fail, or would more be achieved if the goals set were more easily attainable?  Have you seen any improvement in healthcare for mothers and children in the last decade?

If you would like to debate this topic LIVE on air on Tuesday 20 September at 1600 GMT, please include a telephone number. It will not be published.