Are men to blame for Africa's child brides?

Every year, an estimated 10 million girls are married off before the age of 18 across the world. A lot of them in Western and Central Africa. Why is the practice so widespread? 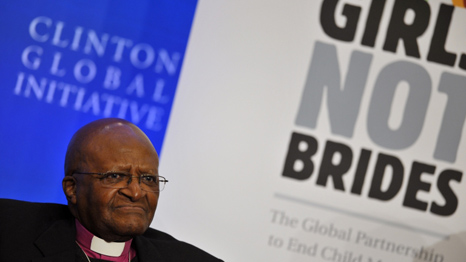 Launching a "Girls not Brides" initiative in New York, Demsond Tutu argued that men have "aided and abetted" the continuation of child marriage. Do you agree?

Men tend to be political, traditional and religious leaders. They have the power to make things change. But they don't use it. Is this because men themselves benefit from child marriage?

If you would like to debate this topic LIVE on air on Wednesday 21 September at 1600 GMT, please include a telephone number. It will not be published.