What is wrong with renting out African land? 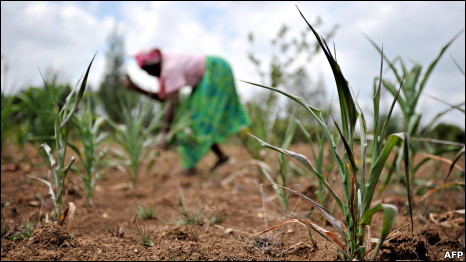 A report from the US-based thinktank The Oakland Institute claims that the scramble for arable land in Africa by foreign investors is forcing millions of small farmers off their ancestral land.

As global food prices rise and exporters reduce shipments of commodities, wealthy countries and investment funds are seeing an opportunity in Africa and acquiring huge tracts of fertile land to produce crops like wheat, rice, corn and biofuels for consumption back home. The report says that an area the size of France has already been sold or leased to foreign investors.

Because of poor land ownership laws in many African countries and a lack of transparency about deals, it is claimed, these land deals are delivering almost none of the benefits promised to African citizens. The report also raises concerns about the lack of community consultation, and environmental and social impact assessments in many cases.

Are you worried by this? Is it a case of deja-vue, the modern version of Africa seeing its minerals and cash crops turning a profit for other countries who add value to them? Should African land be producing food for African mouths only? Could Africans be better exploiting the agricultural potential of the continent themselves?

If you would like to debate this topic LIVE on air on Thursday 9 June at 1600 GMT, please include a telephone number. It will not be published.