How are sub- Saharan Africans coping in Libya?

On Thursday's show we're going to try and find out what is happening to the one million African migrants in Libya.

The International Organization for Migration says 170 migrant workers from Niger have managed to leave Libya, and nearly 100 Kenyans are due to arrive back home today. 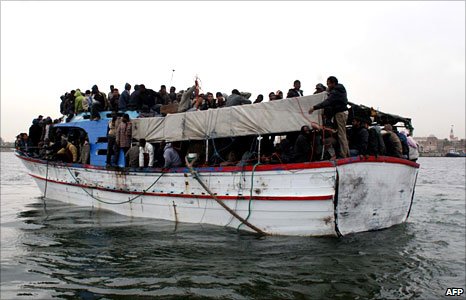 The Nigerian government says it's in touch with 500 of its nationals and is attempting to find a way of getting them out of the country, while many Ghanaian migrants say they are under attack in Libya and need assistance.

Are you or do you know someone in Libya?  Is your government doing anything to help its citizens to safety?  If you would like to talk about this issue, or have any questions about events in Libya, on Thursday 24th February at 1600 GMT, please include a telephone number. It will not be published.

As the chorus of condemnation mounts on the increasingly isolated Libyan leader Muammar Gaddafi, Africa Have Your Say looks at the African response to the crisis in North Africa following popular protests towards regime change.

Botswana has become the first country on the continent to cut diplomatic ties with the Libyan regime and Nigeria has condemned the violence there.

But has the African response been adequate?  What would you like your government response to be?

Libya's close ties with many businesses and leaders on the continent raises the prospect of a damaging fallout if Colonel Gaddafi is hounded out of power.

How much will the leadership changes in Tunisia, Egypt and the instability in Libya redefine North Africa -sub-saharan African relations?  And who are the winners and losers?

If you would like to debate this topic LIVE on air on Wednesday 23 February at 1600 GMT, please include a telephone number. It will not be published.

How representative are the protests?

On Africa Have Your say we'll be discussing the ongoing protests across parts of North Africa and beyond.

If you take one look at the international news, it is still littered with stories of protest from across Africa and the Middle East. Libya, Morrocco, Dijbouti and Ivory Coast are all experiencing this upheaval.  There are also rumbles of discontent in Algeria and Gabon.  We'll be asking how representative these protests are of the general feeling in these countries.

If you would like to debate this topic LIVE on air on Tuesday 22nd February at 1600 GMT, please include a telephone number. It will not be published.

Should the voting age in Africa be lowered to 16?

Our guest blogger is the Kenyan professor Calestous Juma, of Harvard University who argues the voting age in Africa should be lowered to 16 .

Lowering the voting age would reflect the youthful character of the continent. Over 40% of the population are under the age of 15. More than 20% are between the ages of 15 and 24.

The African youth are actively involved in political processes, as illustrated by their role in recent events in Tunisia and Egypt. If young people can shape the future of their countries through network technologies such as mobile phones and social media,  why should they not do be able to do so through the ballot box?

The voting age has already been lowered to 16 in Austria, Brazil, Cuba, Ecuador and Nicaragua. Can't it be argued that excluding from voting those who are politically active represents a form of discrimination and disenfranchisement?

So do you agree with Professor Juma? Are young people ready for the responsibility which comes with  voting?  Can African politicians engage with the youth vote ?  If you are a young person in Africa, how active are you in politics?

Should Africa rethink its strategy on Somali pirates? 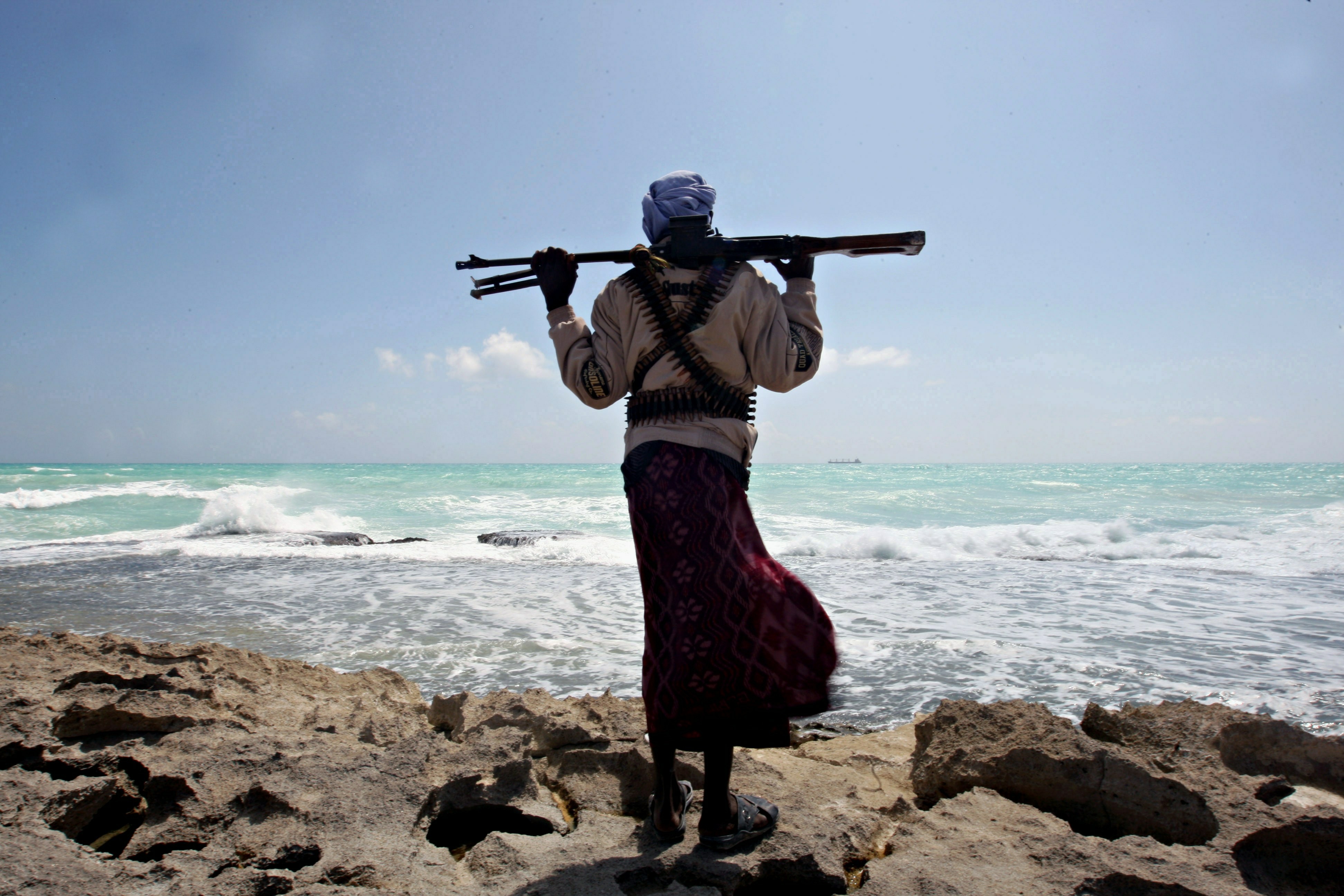 Piracy in the Indian Ocean has taken a turn for the worse recently, with the killings of two seized Fillipino crewmen and the hijacking of an oil tanker with a cargo worth $200m (£125m).

Many of the pirates say they began as fishermen who lost their livelihoods because of foreign trawlers, but without doubt huge profits are being made through piracy.

Is there more that Africa can do to tackle the pirates? Is your country affected by Somali piracy? Does your government have the right strategy to tackle it? What is needed to put an end to piracy?

If you would like to debate this topic LIVE on air on Wednesday 16 February at 1600 GMT, please include a telephone number. It will not be published.

Egypt, Tunisia: What next after revolution?

Popular protests in Tunisia and Egypt have led to the overthrow of long-serving heads of state who held a tight grip on power. 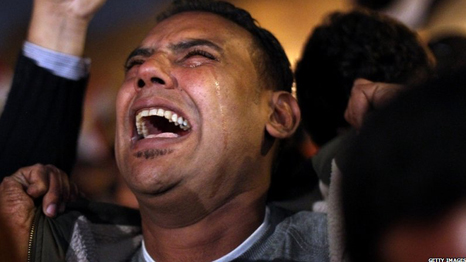 But what happens when the euphoria of victory clears and the reality of the challenges ahead emerges?

Should protesters continue to keep up the pressure, or allow for a period of reflection and stability? How do protestors adapt to "normal" life after a period on the streets?

Who should decide the future of the countries involved? The army? A coalition? And who decides what form of government or political system should be developed?

If you would like to debate this topic LIVE on air on Tuesday 15 February at 1600 GMT, please include a telephone number. It will not be published.

Is Uganda ready to vote?

Ugandans go to the polls in just over a week to elect a new president.

Many see this as a two horse race between the incumbent Yoweri Museveni and his main rival Dr Kizza Besigye.

These are challenging times for Uganda, it faces increased terror threats from Somalia's Al-Shabaab as a result of its peacekeeping mission in the horn of Africa country. It also expects to begin oil production in the next year.

These elections have been seen as crucial but what impact will they have on the country's future? Do you expect free and fair elections? Do you have any concerns about the preparation for the polls? Will the Egypt effect have any impact on these elections?

If you would like to debate this topic LIVE on air on Thursday 10 February at 1600 GMT, please include a telephone number. It will not be published.

Is single parenthood stigmatised in Africa?

Is being a single parent something that is still frowned upon in Africa? 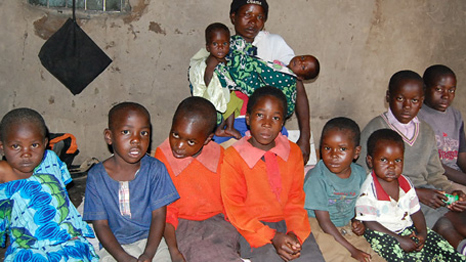 Many people on the continent, mostly women, can find themselves raising children single-handed because of abandonment, conflict or when their partner is travelling for work.

Some African women are also choosing to have and raise children on their own.

Are you a single parent?  How difficult is it to bring up children alone?  Did you grow up in a single parent family?  Do you feel you have missed out at all? Have you decided or would you consider raising a child alone? Can the stigma that sometimes exists about being a single parent be eliminated?

If you would like to debate this topic LIVE on air on Wednesday 9 February at 1600 GMT, please include a telephone number. It will not be published.

How does Sudan build a new nation?

Southern Sudanese have voted overwhelmingly by 99% to secede from the north.

In July, they will be officially declared independent and become the 54th nation in Africa.

As part of preparations towards independence, the government of South Sudan has been choosing a national flag, composing an anthem and applying to join international bodies such as the AU, UN, FIFA and the IOC.

But after years of war and instability, an independent south faces numerous challenges, not least underdevelopment and massive illiteracy.

If you come from South Sudan, what should be the priority for your new nation? How should it deal with illiteracy and other development challenges? What system of government should it adopt? How can the south maintain peace?

If you would like to debate this topic LIVE on air on Tuesday 8 February at 1600 GMT, please include a telephone number. It will not be published.

Can corruption ever be eliminated?

Farida Waziri, Chairman of Nigeria's Economic and Financial Crimes Commission (EFCC) is quoted as saying "there is no way you can eradicate corruption in this country," though she stressed "we will do everything humanly possible to fight the scourge."

Is she right? Can corruption be eliminated completely or will there always be an element of corruption in any society? Indeed in our daily lives - whether we are prepared to pay a "bribe" or help a relative get a job - do we contribute to its continued existence?

Or is adopting and enforcing  a policy of zero tolerance from top to bottom the only way to prevent corruption?

If you would like to debate this topic LIVE on air on Thursday 3 February at 1600 GMT, please include a telephone number. It will not be published.

How should African governments respond to what's happening in Egypt?

As protesters maintain their pressure on Egyptian President Hosni Mubarak to quit immediately, several world leaders have spoken out and commented on what's happening.

Interestingly, no African leader has spoken out despite the fact that this is happening to one of the most significant countries on the continent.

Do you think your head of state should be more vocal on what's happening in Egypt?  If so, what would you like them to say? How should African governments respond to the events in Egypt?

If you would like to debate this topic LIVE on air on Wednesday 2 February at 1600 GMT, please include a telephone number. It will not be published.