On Friday October 1, Nigeria marks 50 years of independence from Britain. 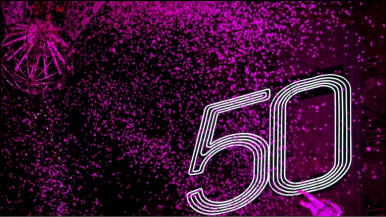 And to explore some of the main landmarks this country has gone through, the BBC World Service will be broadcasting a 2 hour radio special, Naija@50 and we'd like to hear from you.

In particular, we'd like to know what has been your Nigerian moment over the past 50 years? Are you a Nigerian living and working away from home in a far flung part of the world, tell us how your planning to celebrate the day. If you are a Nigerian abroad who doesn't want to go back home, tell us why. And If you're not Nigerian, tell us how you see the country known as the giant of Africa.

If you would like to take part in this topic LIVE on air on Friday 1 October from 1600 -1800GMT, please include a telephone number. It will not be published.

How deep is Nigeria's cultural influence on Africa?

On Friday Nigeria will mark 50 years of independence. 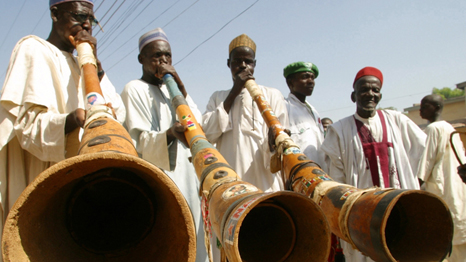 The celebrations will be a spectacle showcasing the country's rich culture, music and tradition.

Nigerians the world over are also preparing to mark the milestone with parties and cultural events.

Over the years Nigeria's government has spent millions of dollars promoting the country as a place to do business, and as a tourist destination.  I

Previous administrations have also invested heavily in rebranding the country such as former President Olusegun Obasanjo's "Heart of Africa" campaign.

But has Nigerian culture made an impact outside the country? How influential have Nigeria's artists and musicians been on the rest of Africa?  Is the dominance of one county's culture harmful to the rest of the continent?

If you would like to debate this topic LIVE on air on Thursday 30 September at 1600 GMT, please include a telephone number - it will not be published.

How would you cut 'waste'?

Workers around Europe are set to stage huge demonstrations this week as governments draw up plans for deep cuts in the public sector to help pay debts built up during the global recession. 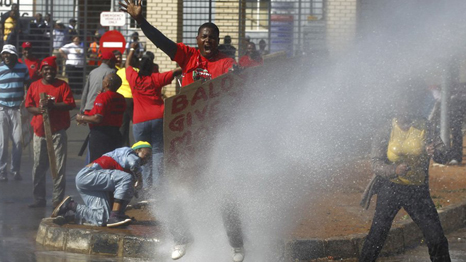 The UK government is finalising austerity measures which will cut across every sector of public life - with so-called quangos, or quasi-autonomous non-governmental organisations at the top of the list. These are bodies which use public money, but act independently of the government.

In most African countries, the public sector provides the bulk of services to the population and takes up a large proportion of a country's income. The recent strike in South Africa and riots in Mozambique were both sparked by government attempts to rein in spending.

So do you see waste in your country's public services? What departments or quangos would you cut and why? What could you do yourself to reduce spending and how would you go about ensuring better use of public funds where you live?

If you would like to debate this topic LIVE on air on Tuesday 28 September at 1600 GMT, please include a telephone number. It will not be published.

Have you felt ashamed of your nation?

With preparations for the Commonwealth Games in disarray, the Indian media is writing about what should have been a national pride, as a national shame. 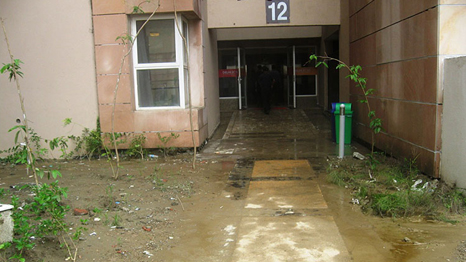 Have you ever felt ashamed of your country?

In many African homes it is considered taboo to air family shortcomings in public. Does it make you any less loyal to feel shame and acknowledge it in public?

Do you feel guilty or unpatriotic about drawing attention to whatever is going wrong? How do you recover from a moment of personal or national shame?

If you would like to debate this topic LIVE on air on Thursday 23 September at 1600 GMT, please include a telephone number. It will not be published.

Where is Africa's youth leadership?

With Nigeria's 50th independence anniversary just around the corner, a recently released report says Nigeria's youth, not oil, will be the country's biggest asset in the 21st Century.

According to the British council study, by 2030, 40% of Nigeria's population will be under the age of 14.

Indeed Africa's population is getting increasingly younger.  But with high unemployment rates, rising poverty levels and deteriorating standards in education to contend with, are they up to the task of leading the continent?

How pro-active are the continent's young people in pushing for change?

If you are a young person in Africa, how active are you in making change happen?

If you would like to debate this topic LIVE on air on Wednesday 22 September at 1600 GMT, please include a telephone number. It will not be published.

Have the Millennium Development Goals changed your life?

As the United Nations hosts a summit on the progress of the Millennium Development Goals, BBC Africa Have Your Say is asking if they have had any impact on your life.

In 2000, United Nations member states set 8 Millennium Development Goals (MDGs) which were aimed at reducing poverty.  Now with only five years until the 2015 deadline set for achieving the goals, the UN Secretary-General Ban Ki-moon has called on world leaders to accelerate progress towards the MDGs.

Is your country on track to succeed? Is it good to have set goals for your country? What have the MDGs achieved where you are?

If you would like to debate this topic LIVE on air on Tuesday 21 September at 1600 GMT, please include a telephone number. It will not be published.

Sierra Leone is the highest African country on a list which ranks 153 nations according to their generosity.

Australia and New Zealand top the World Giving  Index, compiled by the Charities Aid Foundation, with Sierra Leone at 11th place. Guinea made 18th position but most African countries were further down the list.

The research was based on a survey asking people if they had donated to charity, volunteered their time or helped a stranger in the last month.

So what do these results tell us about the state of charitable giving in Africa?

Do you contribute to charity and if so how? How would you define charity? How is charitable giving organised in your country? When did you last help a stranger?

How charitable are you? What does it mean to be charitable in your country? Why is the rest of the continent in the middle and end of the Index? Why are Africa's richest countries - such as South Africa and Botswana - not the most generous?

Join us LIVE on air to discuss these questions, at 1600 GMT on Thursday 16th September. Please include your phone number - it will not be published.

Is it the right time to invest in Africa?

Anti-poverty campaigner and singer Bob Geldof wants to raise $1bn for a private equity fund to invest in Africa. Mr Geldof says he can bring more wealth to the continent by investing in business rather than campaigning for aid. 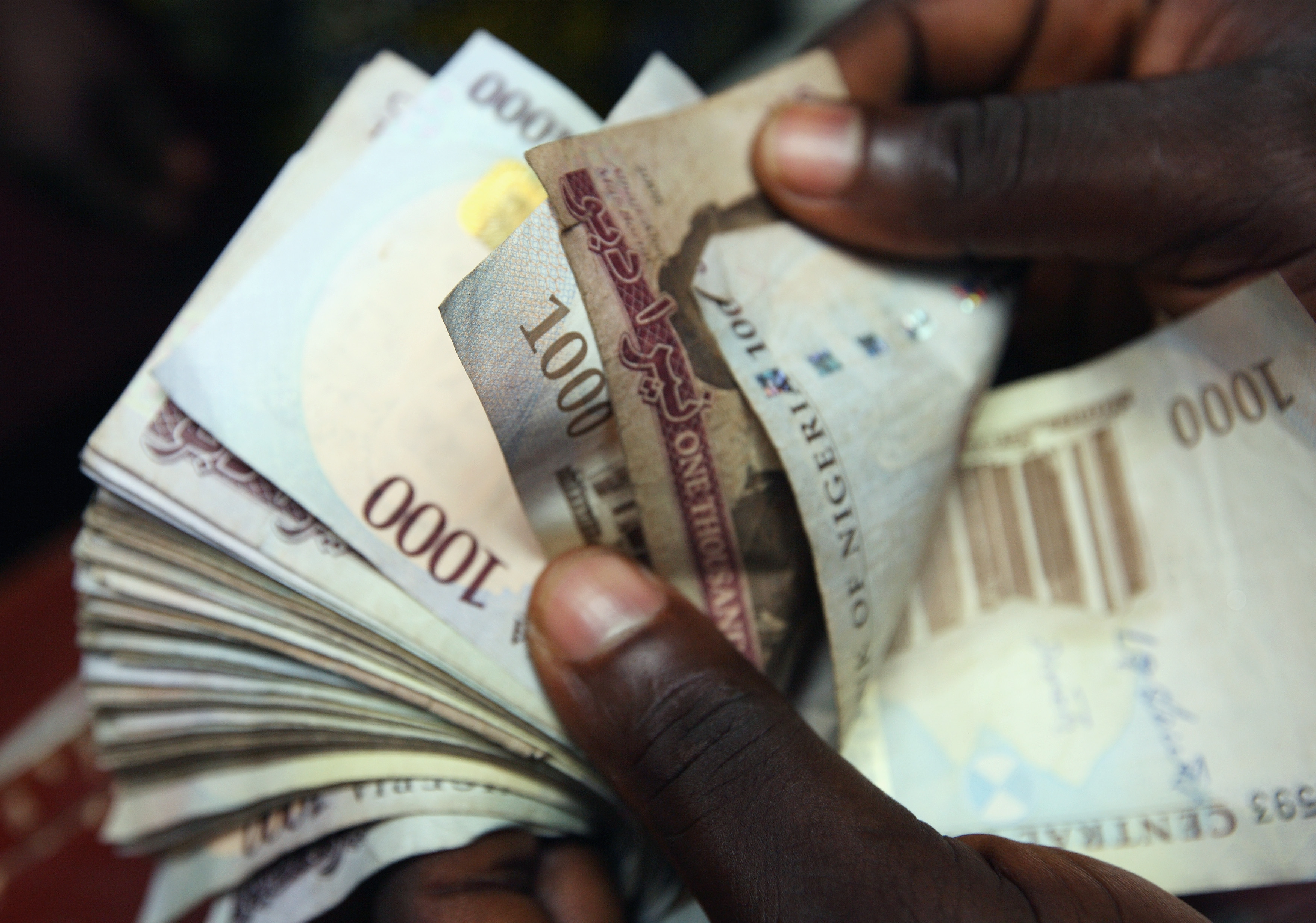 African economies have grown by 6% on average over the past ten years. In another show of optimism, Nigeria's finance minister predicts that his country's economy will grow by 10% by the end of 2011, and Ugandan officials are currently in London courting foreign investors.

Despite this, the Commission for Africa is urging donors to give billions more dollars in aid to the continent. Sceptics say a turbulent political climate and poor infrastructure still make the continent a risky place to invest.

Are the sceptics right? Are African markets still too volatile to allow major investment? If you are an entrepreneur, do you want to invest in African businesses?

If you would like to debate this topic LIVE on air on Wednesday 15 September at 1600 GMT, please include a telephone number. It will not be published.

Tensions are high in Swaziland following last week's protests by pro-democracy activists. About 50 of them were arrested after a march in the commercial capital Manzini, attended by several hundreds and heavily guarded by riot police. 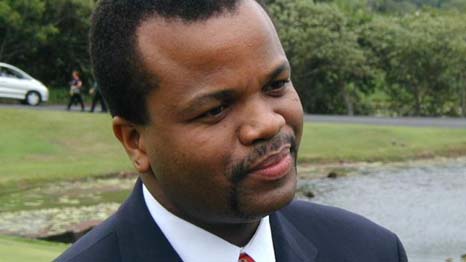 The protestors want King Mswati III, Africa's last remaining absolute monarch to give up some of his powers and lift the ban on political parties. Several more protests are planned for the coming weeks.

King Mswati is accused of living a life of luxury while most of his subjects live in poverty in a country which has one of the world's highest HIV infection rates.

Is it time for change in Swaziland? Does absolute monarchy still have a place in modern Africa? If you live in Swaziland how do you see the future? How should Swaziland's neighbours react to the situation?

If you would like to debate this topic LIVE on air on Tuesday 14 September at 1600 GMT, please include a telephone number. It will not be published.

Should Africa do more to combat sex trafficking within the continent?

A Human Rights Watch report has highlighted the trafficking of Nigerian women to Cote d'Ivoire where they are forced to work as prostitutes - and BBC listener Jude Ohanele wants Africa Have Your Say to discuss the issue.

He says the problem of trafficking is not being taken seriously enough in Africa and that many people are not aware of what is going on. 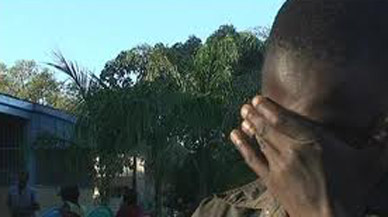 According to reports, women are lured abroad with promises of good jobs and part with significant amounts of money unaware of the traffickers' real intentions.

Do you agree with Jude? Has the issue of sex trafficking affected you or your family? Who do you think is to blame and what can be done about it?

If you would like to debate this topic LIVE on air on Wednesday 08 September at 1600 GMT, please include a telephone number. It will not be published.

Are you getting the best out of Africa's legal systems?

On BBC Africa Have Your Say on Tuesday, we'll be joined by legal experts waiting to answer your legal questions.

It could be anything from choosing the right lawyer, how to become one, what to do in a divorce or a marriage, or what happens when customary law and civil law conflict.

One of the questions sent in on our facebook page reads "If someone confessed to a crime do they still need a lawyer? Can't the person just plead guilty and the case closed?"

If you would like to contribute to this topic LIVE on air on Tuesday 7 September at 1600 GMT, please include a telephone number. It will not be published.