Test Match Special tunes up for start of a big summer

On Thursday morning at 1045 BST, the familiar strains of "Soul Limbo" by Booker T and the MG's will mean the summer can officially begin.

Never does our Test Match Special theme tune seem more appropriate than when the West Indies are in town, although the weather recently has not exactly been Caribbean in flavour.

Our BBC cricket coverage has never really stopped since last summer, with a busy winter which took TMS from India to the United Arab Emirates and to Sri Lanka. Then we have been able to bring you for the first time our new, extended county coverage giving you a flavour of the Championship season which started back in the first week in April.

But of course there is always something extra special about the start of an international summer and it promises to be an exciting few months as cricket prepares to take its place in what will be the UK's biggest summer of sport. 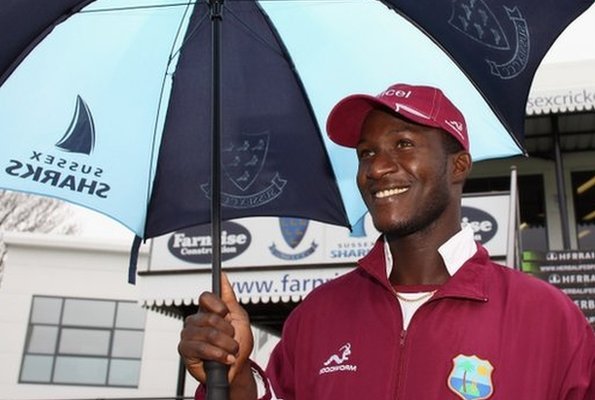 The Olympics will undoubtedly overshadow part of the cricketing summer, but the chance to lock horns with old rivals Australia, albeit in a one-day series, followed by a battle for the number one Test slot against South Africa are both mouth-watering prospects.

Plus, the hors d'oeuvre of the West Indies tour offers much, if the weather doesn't spoil the matches.

Although Darren Sammy's team are a long, long way from the great West Indies sides of the past, there have been a few green shoots showing in recent months.

The West Indies won their first away series in eight years in November and they have been involved in two thrilling matches against Australia and India which they should have won. They had a great opportunity to defeat the Aussies in Barbados in April before losing a nail-biter by three wickets and in November played an amazing game in Mumbai where India closed on 242-9 chasing 243 to win... another boring Test match draw!

Although the early part of their tour has been dogged by bad weather, batting collapses, visa issues and injury - if they can get their strongest team on the park, West Indies could provide some problems for England especially with the likes of exciting Brian Lara clone Darren Bravo, fast bowlers Kemar Roach and Fidel Edwards, spinners Narsingh Deonarine and Shane Shillingford, and old stager Shivnarine Chanderpaul who has just returned to the top of the ICC batting rankings.

England will start as favourites in the Tests with home advantage and conditions in their favour, but they must not show any complacency, and when it comes to the one-day matches then the tourists may have the edge with the gripping prospect of both a restored Chris Gayle and Kieron Pollard among their batting line-up.

In terms of our line-up for the series we are delighted to be welcoming back the legendary Sir Isaac Vivian Alexander Richards to the Test Match Special team. Viv may have just turned 60, but I doubt he has mellowed too much and is always fascinating to listen to about the state of Caribbean cricket. Being able to share a commentary box with one of Wisden's Cricketers of the Century will again be an honour - and I know when he walks onto the hallowed turf of Lord's on Thursday morning he'll still have the old swagger as if he owns the place!

Viv, of course, was one of Jonathan Agnew's Test victims... as he may mention a few times - and Aggers of course will be leading our team this summer.

He'll be joined at Lord's by the voice of West Indies cricket, Tony Cozier, and by Henry Blofeld who is fresh from describing multiple cranes on England's tour to the UAE. As well as Viv Richards, expert summaries will also come from former England captain Michael Vaughan, Phil Tufnell (another man to dismiss Viv in Test matches) and the irrepressible Geoff Boycott.

As well as ball-by-ball commentary we'll have plenty to enjoy during the intervals including our first "View from the Boundary" of the summer where legendary broadcaster "Whispering" Bob Harris will be joining Aggers to talk about his love of the game.

We'll meet the new man at the helm at Lord's, Derek Brewer, discover the inspirational story of the Compton Cricket Club which is doing amazing work in the United States, find out about links between cricket and the Olympics as Lord's prepares to host the 2012 archery competition and we'll have the highlights of the England Players of the Year awards which you'll be able to hear on Monday night with Michael Vaughan and Phil Tufnell on BBC Radio 5 live.

Talking about 5 live, Alison Mitchell and Alec Stewart will have all the news from Lord's every 15 minutes and Ian Payne presents 5 live Sport from the ground on Sunday.

The TMS text commentary will be at the heart of the action with Tom Fordyce behind the scenes at Lord's to bring you all the latest news and gossip, while bbc.co.uk/cricket will also be the place for columns from Jonathan Agnew and Alec Stewart as well as details of how you can download the Test Match Special podcast featuring Aggers and Geoff Boycott.

And as always we want to hear from you - via e-mail tms@bbc.co.uk, via Twitter @tmsproducer or via this blog.