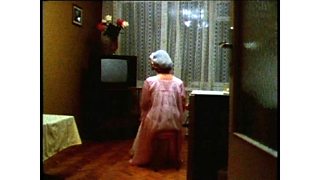 A LIVE SHOW STARTING IN TWO WEEKS TIME IN MANCHESTER

The show is a collaboration between myself and the brilliant Robert del Naja of Massive Attack.

What links us is not just cutting stuff up - but an interest in trying to change the way people see power and politics in the modern world. To say to them - have you thought of looking at it like this?

We've used film, music, stories and ideas to try and do this - to build a new kind of experience. The best way we can describe it is "a Gilm" - a new way of integrating a gig with a film that has a powerful overall narrative and emotional individual stories.

The show will be a bit of a total experience. You will be surrounded by all kinds of images and sounds. But it is also about ideas. It tells a story about how a new system of power has risen up in the modern world to manage and control us. A rigid and static system that has found in those images and sounds a way of enveloping us in a thin two-dimensional version of the past.

A fake, but enchanting world which we all live in today - but which has also become a new kind of prison that prevents us moving forward into the future.

Along with Massive Attack the show will star two great singers.

And the wonderful Horace Andy.

And some of the music will be surprising - from early Barbra Streisand to Siberian punk from the 1980s.

Here's a two-dimensional trailer that will give you an idea of what the show is about - and the stories it tells.

MRS THATCHER - THE GHOST IN THE HOUSE OF WONKS