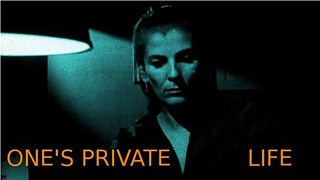 Lots of people are gripped by the Francois Hollande affair - and they are gripped on two levels.

One is a fascination not just with the details - but with the fact that such a plain man can have such a glamorous love life.

The other is how strange it is that the French don't seemed to be gripped in the way we are. They seem to be weird and old-fashioned in their belief that there is a distinction between what goes on in a person's private life - and the details of their public life.

Underneath this is also a sense of nostalgia - a yearning for a time not so long ago when we in Britain were like that too. A time before horrible people like Rupert Murdoch came along and turned everything - even the most intimate details of a person's life - into cruel, public melodrama.

I'm not sure that's true.

I have stumbled upon a fascinating film made in 1967 about divorce - where members of the British upper and upper-middle classes talk in the most frank, gripping and sometimes incredibly moving way about the most intimate details of their private lives.

The film was nominally made because parliament was about to vote on changes to the divorce laws. But really it is an extraordinary factual drama where eight people who are at the heart of London high bourgeois life in the mid-1960s open out their personal lives to the camera.

It's a world that is very similar to the one surrounding Francois Hollande and Julie Gayet in Paris today. A world of famous novelists, public-relations men, beautiful models, world-weary aristocrats and the son of a famous explorer.

What makes the film so gripping is the structure. There are two stories - each one pivoted around one character. One is a famous novelist, the other is a beautiful "cover girl" and model.

Around each one are three other characters - the four making up the players in one divorce. They all talk about each other - sometimes very cruelly. And, in the second group of four, they describe what they are going through in incredibly sad ways that make you want to cry.

Together they build up the picture of the inner life of a powerful cultural elite - a world being turned inside out and shown to us in great emotional detail. And as you watch it you realise that something like this would never happen today on TV.

Despite all the talk about today's society being more open and transparent than the past - the reality is that those in power today are far more guarded and hidden than they were back then.

Four of the eight characters are the emotional heart of the film - and I have added some details of what happened to them later on over the following forty years. You may or may not want to know this before you watch the film. 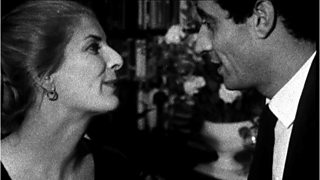 Elizabeth Jane Howard was a novelist. She had married Peter Scott in 1942 - and they divorced in 1951. Then in 1962 she met Kingsley Amis, had dinner at his home with him and his wife. The wife went to bed and they stayed up talking - and started an affair. They married in 1965.

By 1972 she had got fed up with Kingsley Amis' drinking - and left him in 1980. She then had lots of psychotherapy because she was suffering from depression. But in 1990 that lifted - and she wrote The Cazalet Chronicles.

In 1995 she went on Desert Island Discs. A male fan wrote to her saying he wanted to be her friend - and he then charmed his way into her life and they had an affair. She lent him money.

Her daughter became suspicious and she discovered the man was a conman and a liar who had researched Howard's life to charm his way in. She was devastated - but you get the impression from Howard's memoirs that at the age of 72 she had very good sex with the con-man. A lot better than many of her other dalliances. She died at the beginning of this year.

When Kingsley died in 1995. He refused to see Elizabeth Jane Howard even when he was dying. He told an interviewer just before he died -

"Do I see her? No. It was bad enough being married to her."

He was the kind of man that said that kind of thing. 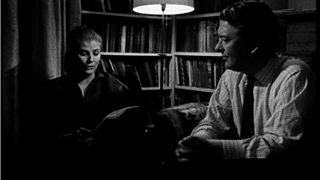 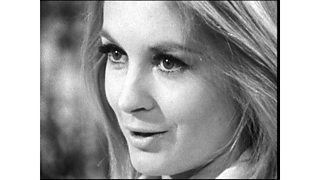 Sandra Paul was a beautiful model - and at the age of 18 she married Robin Douglas Home. He was the playboy nephew of the former Prime Minister, Alec Douglas Home. They had one son - called Sholto - whose godfather was Frank Sinatra.

But things didn't go well. He kept on going out to parties without her. And then, apparently, she caught him having sex with the Marchioness of Londonderry in the back of a car.

Sandra and Robin Douglas Home went through a brutal divorce - which they talk about in the film in great emotional detail. Sandra describes bluntly what she had to do to free herself from the marriage:

"I had to be ruthless in order to be free"

The film-makers use her quote as the title of the film.

Finally she met a young barrister and aspiring politician called Michael Howard in 1975. They talked about Scott Fitzgerald - and the next day he sent her a copy of Tender is the Night. And she moved in with him.

They've been married ever since. She has written some novels - including one called "Ex-Wives". Here she is with her husband on the day he became leader of the Conservative party. 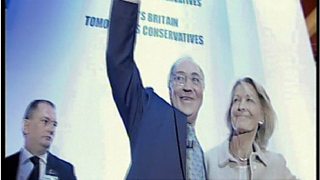 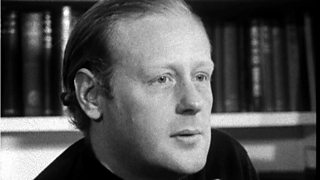 In the film Robin Douglas Home describes in raw emotional detail how his marriage to Sandra Paul went wrong. It's very moving.

A year after the film was made he committed suicide - after being spurned by Princess Margaret. He did it by taking a cocktail of alcohol and sodium amytal.

He left a tape-recorded suicide note that said: 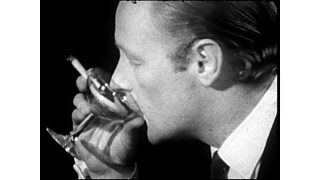 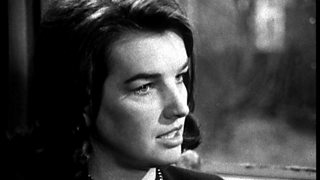 Romaine is the first wife of David Wynne Morgan - who left her for Sandra Paul.

They had met and married when she was his secretary. At the time of the film she is living alone in a London suburb with their two children.

Romaine is the star of the film. She is incredibly moving. As opposed to everyone else in the film who you have mixed feelings about - you just really like her. I would love to know what happened to her.

(One interesting fact to know about David Wynne Morgan. Despite having the typical career arc of a successful London PR man, in early 2000 he decided to work for the accused Lockerbie Bomber - the Libyan Abdul Baset al-Megrahi. He believed Megrahi was innocent) 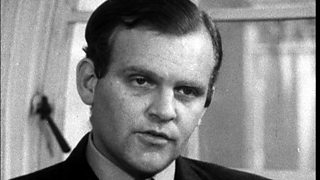 And here is the film: