YEMEN - THE RETURN OF OLD GHOSTS

What I find so fascinating about the reporting of the War on Terror is the way almost all of it ignores history - as if it is a conflict happening outside time. The Yemen is a case in point. In the wake of the underpants bomber we have been deluged by a wave of terror journalism about this dark mediaeval country that harbours incomprehensible fanatics who want to destroy the west. None of it has explained that only forty years ago the British government fought a vicious secret war in the Yemen against republican revolutionaries who used terror, including bombing airliners.

But the moment you start looking into that war you find out all sorts of extraordinary things.

First that the chaos that has engulfed the Yemen today and is breeding new terrorist threats against the west is a direct result of that conflict of forty years ago.

Secondly it also had a powerful and corrupting effect on Britain itself. To fight the war both Conservative and Labour governments in the 1960s set up international arms deals with the Saudis. These involved bribery on a huge scale which led to the Al Yamamah scandal that still festers today.

To fight the war in secret the British government also allowed the creation of a private mercenary force. Out of it would come today's privatized military industry that fights wars for dictators throughout Africa and is deeply involved in fighting against the insurgency in Iraq.

The key figure behind Britain's involvement was called Colonel David Stirling. He brought Britain into the war, created the mercenary amy, and set up the Saudi Arms deal. Stirling was one of the main characters in a documentary series I made called The Mayfair Set, and a large part of the first episode tells the inside story of Britain's role in the Yemen war in the 1960s. I thought I would put up that section plus a brief background to our whole involvement in Yemen. 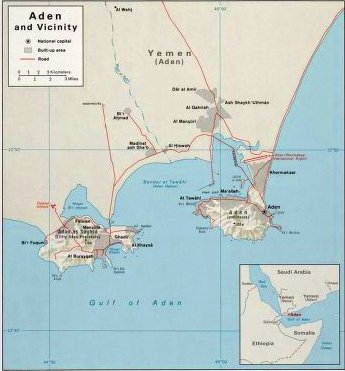 And here is one of the Yemen: 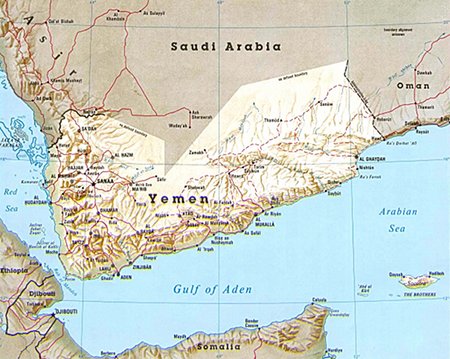 Aden had been a crucial part of the British Empire since 1839. In 1963 a rebellion began. A nationalist group called the National Liberation Front started an armed revolt against the British army. The NLF were followers of Colonel Gamal Abdel Nasser who was the president of Egypt. Nasser was an extraordinary figure who inspired the whole of the Arab world. He wanted to unite all the Arab countries and use that power to force the western colonial powers out of the Middle East.

By the mid 60s the revolt had developed into a bitter and vicious insurgency as the NLF used terror against British civilians as well as attacking the soldiers. Here is some footage shot by the BBC Panorama programme of the aftermath of the killing of a British Civil Servant on a dusty road just outside the Crater district of Aden. As well as showing the details it also conveys the mood of a once confident imperial power caught up in something it doesn't fully understand and feeling its power slipping away.

It is also interesting how back then Panorama broadcast shots that lingered far longer on the dead body than we would be allowed to today.

As the insurgency continued both sides turned to terror. An Amnesty report in 1966 alleged that the British were torturing prisoners including beating them and burning them with cigarettes. The British soldiers were also stripping the Arab prisoners naked to humiliate them.

Here is a short piece of film that was grabbed by a Reuters cameraman in 1967. It graphically shows the hatred of the local people that had built up in the British troops.

The terrorists meanwhile had resorted to throwing grenades into childrens' parties and had blown up a DC3 civilian airliner over the Yemen killing everyone on board. Here is a news item where a BBC journalist shows some of the Improvised Explosive Devices that were being used against civilians.

At the same time as the insurgency began in the south, in Aden, another revolution happened in the North Yemen. A group of republicans who were also followers of President Nasser overthrew the ruling royal family. Nasser then sent Egyptian troops to support the republicans.

Many in the British government wanted to recognise the new regime, but a small group in the security services, led by David Stirling, persuaded the Prime Minister, Harold MacMillan, to let them organise a covert war in the deserts and mountains of Yemen in support of the royal family.

These men had a romantic and simplified view of the world. They did not see this war as a nationalist struggle but as part of a much wider fight against a communist takeover of the world. Engaging in this global conflict would be a way of recapturing Britain's power and greatness.

Stirling also believed that selling arms and planes to the Saudis would not only help fight the war, but would also re-establish Britain's influence in the Middle East in a new way - through the arms trade.

And he was right. Although the mecenaries failed to restore the royalists in Yemen, they did help defeat Nasser and destroy his anti-colonial project. But more than that, their secret war also helped re-establish western influence in the Arab world in a new way. In a post-imperial age the British returned to the Middle East by supporting and propping up regimes through selling arms and through mercenary armies. Just as Stirling had intended.

But it had a terrible price.

The regimes that Britain, and America, would support for the next forty years were mostly corrupt and despotic. The very regimes that Nasser had told the Arab world were a part of the past which the modern world would sweep away. The man who foresaw this was the British Prime Minister - Harold MacMillan. In 1963 he wrote privately:

"It is repugnant to political equity and prudence alike that we should so often appear to be supporting out-of-date and despotic regimes and to be opposing the growth of modern and more democratic forms of government."

The Islamism that we face today rose up in the 1970s precisely as a reaction to those corrupt regimes and their western backers. It too is an anti-colonial project that is very similar to Nasser's vision of a united Arab world free of western influence - but with religion bolted on. And now, to fight it, we are preparing to send arms and "intelligence advisers" to help prop up a corrupt regime in Yemen.

To the Arabs in Yemen it must seem like deja vu. We are the old ghosts who have returned.

Here is the section from The Mayfair Set. It begins with the owner of the Clermont Club in Mayfair, John Aspinall, musing on the group of entrepreneurs and adventurers who spent their time gambling in his club. Men like David Stirling.