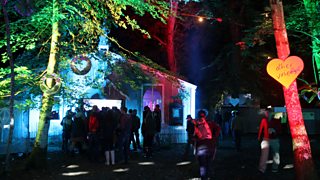 The Other Voices stage at Electric Picnic, 2015.

Second Wave Of Acts For Other Voices @ EP

With Other Voices set to return to Electric Picnic this September 2nd-4th, a slew of new acts have been confirmed for the bill.

Stendhal Festival of Art has announced their second raft of musical acts, set to take to the stage August 12th – 13th.

Following June’s Belsonic gigs at Titanic Belfast, additional shows are due to take place this August.

Joining the line-up are KT Tunstall, Declan O’Rourke and Flight Facilities, with the former two supporting The Corrs, and the latter playing support to Fatboy Slim.

With the 2016 Féile programme now launched, audiences can look forward to a series of shows taking place across West Belfast and beyond, from 3rd - 14th August.

These shows include gigs with All Saints, Deacon Blue, The Kooks, The Coronas, Holly Johnson, Hue and Cry, Roland Gift and more. The Wolfe Tones will be playing out the festival in Falls Park, on August 14th.

Also taking place as part of Féile is a Clonard gig, featuring Sharon Shannon, Frances Black and Mary Coughlan with special guest Brigid O'Neill, and a number of other musical, spoken word, sporting and family events.