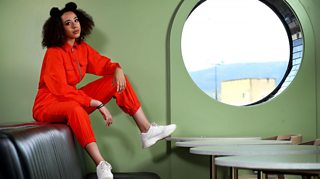 BBC Radio 1’s Live Lounge is a rite of passage for any artist rising through the industry ranks. A chance to show the nation a different side of you, with a cover of your choice. From Catfish and the Bottlemen giving their spin on Kanye’s Black Skinhead, to Miley Cyrus smashing Lana Del Rey’s Summertime Sadness, the results are often unforgettable. Now is your chance to add your name to the list of Live Lounge alumni.

For the first time ever the Live Lounge will be open to the next wave of undiscovered talent, giving you a chance to record a session for daytime Radio 1 with Clara Amfo. The judging panel features a host of talent discovered by BBC Introducing, as well as our very own Gemma Bradley.

ENTRIES ARE OPEN NOW – You have until Sat 20th March to get your entries in:
All you need to do is upload one original track to the BBC Music Introducing Uploader (find out how to use the uploader here), and make sure you tag your track 'Live Lounge 2021'. This could be a new track, or an existing track that you've previously uploaded to the Introducing Uploader.

Entries are open for a week, starting at 10am Sat 13th March and closing on Sat 20th March.

The winning Live Lounge will be filmed and aired on BBC Radio 1, and you could share the same stage as the likes of Stormzy, Dua Lipa, Harry Styles and Jorja Smith – to name a few.

Let’s be AVAn’ It