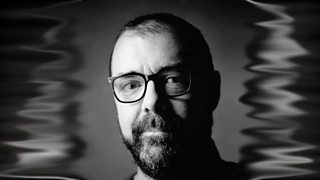 Lyndon Stephens was a magnificent force for good in music. His record label Quiet Arch was based at the Oh Yeah Music Centre in Belfast but his reach was international. He represented at conferences such as SXSW in Austin, Texas and Folk Alliance in Montreal and Kansas. He was Regional Champion with the Association of Independent Music. The man had the keenest mind for strategy and new music practice and made sure that his acts were primed to benefit.

But the over-arching feeling on the day of his passing, January 10, is that Lyndon gave out love. At a time when musicians are regarded as content providers – pimping out software and product and worthy of little return – Lyndon treated his people as absolute artists. Figures like Ryan Vail and Joshua Burnside were encouraged to take swerves and risks. He nurtured his charges and looked out for a sense of play – how to stage a different event, a new creative riff, a deal of sedition.

Lyndon had an excellent laugh, often used to punctuate a new, audacious scheme. Underneath the trademark beard you could see a turn in the mouth that suggested fresh adventure. He made you want to know more about Malojian or Ciaran Lavery or Cherym. At one point in 2012 he was pulling in YouTube endorsements from Ellie Goulding. She liked an anonymous series of tracks he was uploading and so the EDM community suspected that the artist was Skrillex, working incognito. Actually it was UNKNWN (aka Chris Hanna), a work experience guy from Finaghy who could finesse a dark techno tune like the best of them. Lyndon watched the streaming explosion, wound up the intrigue and laughed his head off.

Quiet Arch artists have won three of the last four winners of the Northern Ireland Music Prize. The quality is astounding: Ryan Vail and Elma Orkestra with ‘Borders’ (2019), Joshua Burnside and ‘Ephrata’ (2017) plus Ciaran Lavery with ‘Let Bad In’ (2016). His release campaigns always looked so graceful. The artwork was fine, the videos were savvy and the interest out of Europe seemed so organic, almost accidental. But the backstory often involved legal difficulties and cashflow challenges, difficult promoters and bad faith at the edge of his control. Typically, Lyndon took the blows and made an alternative play.

His resilience in the face of duress was so admirable. And when Lyndon was diagnosed with lung cancer in 2017, the response bore out this life pattern. He was given six months to live, but he tolerated the extreme medical treatment and then embarked on an intake of plant nutrition and vitamins. His voice was damaged by the radiation but he staged a powerful comeback, cycling long distances each morning and furthering the Quiet Arch masterplan.

Even in recent weeks, when the cancer had returned, Lyndon was keen to direct and conspire. He was ringing Ryan Vail on Christmas Eve with fresh initiatives. He spent some of his time at the hospice organising his affairs, making sure his charges had a coherent management handover. Quiet Arch was going to be wound down with a farewell gig at the Empire in Belfast on January 10, an event that he sadly didn’t live to witness. All the while, he was playing new tracks to visitors, loving the talent that continued to find its way to him. He loved The Fontaines DC and attended their Ulster Hall gig on December 12. It was a complicated visit that involved medical preparation and access for his wheelchair, but he made it and he wore an excellent candy stripe boating jacket that his friend Iain McCready had brought over from Brighton. It was pure Paul Weller, second Jam album. He was a modernist to the end.

Lyndon was born in the Lower Shankill but moved to Glengormley at an early age. He was a keen adopter of the ‘Two Tone’ movement in 1979, wherein Jamaican rhythms met with the British multi-cultural experience. Lyndon was an enthusiastic mod and he lived the subculture’s ethos of grace under pressure. He spent time in London as the rave era was lifting and returned home as this new music hit Belfast. He ran clothing shops and became a promoter for the Red Bull Music Academy, later working for the brand at all the major festivals, gleaning contacts and information.

So Quiet Arch – preceded by his Champion Sound imprint – was the result of two decades of work. Lyndon was fascinated at how the new music business models were emerging. He reckoned that it was just as easy to establish a digital footprint from Belfast and he was correct.

He had ‘ears’, in record company parlance. He could detect talent in an early stage of development. His instincts told him to combine artists in novel ways. The ‘Sea Legs’ album with Ciaran Lavery and Ryan Vail was a perfect instance of electronics, voice and ambience. As a result, Lyndon was trusted by music industry leaders across the world and he was able to articulate the local needs and potential.

Some of us are old enough to remember a different kind of music industry in Belfast – the eras of selfishness, exploitation and lazy practice. Lyndon would not settle for that. He raised expectations and demonstrated how it was done. Dozens of artists have paid testimony today, thanking Lyndon for his easy access and encouragement. That was also exemplified in the Quiet Arch office, as he grew the industry expertise of Francesca and Ben.

It’s the greatest legacy. The back catalogue, the humanity, the pushing away of our cultural cringe, the vast number of personal connections and that singular grace. Lyndon Stephens, you were extraordinary. Fly, on wings of speed.