Back in the day, Across the Line played a LOT of the Beastie Boys. In fact, on one occasion, members of the ATL crew, including Joe Lindsay, took the hip hop legends on a tour of Belfast. Here, Joe remembers that day, and indeed the legend that was MCA, who sadly died last week.

Friday was a right kick in the chest. I heard the news from a friend, Jim Meredith,  that Adam Yauch had passed away after his battle with cancer. It seemed impossible. The ball of always-positive energy that was MCA couldn’t have lost that fight.

The delayed release of Hot Sauce Committee, the fact that this album wasn’t going to be toured, the minimal amount of interviews coming from the Beasties camp didn’t bode well - but this was MCA. Yauch was a tireless activist, a lyricist who could mix powerful message with great humour and as he said himself, a preying mantis on the basketball court. He couldn’t be dead. But unfortunately it was true. Although I’m glad I heard it from Jim. We had shared a great adventure with Yauch. Pull up a keg, let’s begin..

Like every teenage white hip-hop fan, the Beastie Boys got me at the right time. I was 15 years of age. Like them, I was young, dumb and full of fun.

I lived in Belfast. There wasn’t much party in the city to even think about fighting for but 'Licensed To Ill' at least let me live a party lifestyle vicariously at least. I was absolutely hooked. Then came the revelatory Pauls Boutique. A dazzling myriad of samples, references to John Waters movies and the next stage of what would be a legendary catalogue of music videos - the format they would rule for the next decade. The move from New York to LA had done them good. This still remains my favourite hip-hop album of all time. I saw them live a number of times over the years and they never disappointed. Few rappers can translate the flow from record to live performance quite like they could. 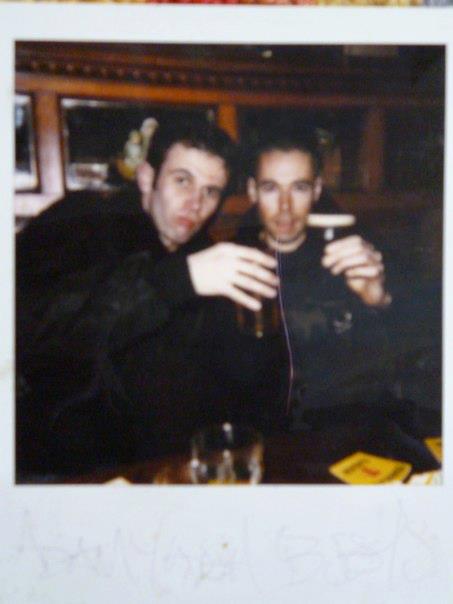 Its 1995. Check Your Head has cemented the B-Boys as not only the biggest rap group in the world but the darlings of MTV, crossover appeal like no other and legendary live performances. Then came Ill Communication and a UK tour that was taking in Belfast Balmoral Hall, a cowshed at the back of the Kings Hall that has all the charm and acoustic quality of, well, a cowshed. Support act for this gig is the Jon Spencer Blues Explosion, a band I adore and still adore to this day. This is potentially going to be one of the greatest gigs of my life. Even better, me and my then ATL colleague and friend Stan Ferguson were to go to interview both acts for the programme!!

It didn’t get off to a great start. Spencer was somewhat ‘tired and emotional’ and couldn’t see either of us far enough. The interview is lacking in polysyllables or any semblance of bon-homie. It won’t make riveting radio. The Beasties however are as expected; full of energy, focus, humour and primed to give it the diddy that night. They also enquire if we are heading back “into the city”..Native New Yorkers get into the city through bridges and tunnels. We took the Beasties into Belfast in Stans mums Volkswagon Polo. That’s how we rolled, aw yeah!

There were two definite destinations that day. They wanted desert boots and…they wanted to meet Terri Hooley. This amazed us. Bear in mind, this is before the internet and mobile phones. The idea of anyone outside Belfast knowing who Terri was was amazing. The Beasties idolised the Good Vibrations label and wanted to meet the man who had released some of the records that inspired the early Beastie Boy incarnation of a punk band. Good Vibrations was on Howard Street at this stage. We warned them that he might not even be there. It was Thursday. In Hooleyville this is the weekend. Then again, isn’t everyday? Thankfully he is there. The Beasties are excited and nervous as hell.

Introductions are made. Hooleys opening gambit is typical and priceless “Fight For Your Right To Party, aye?” he raises an unimpressed eyebrow. Did you know he met Dylan and Lennon? These lads aren’t gonna make an anecdote for him anytime ever. Money Mark, touring keyboard player with the band and future head footerer on the Mo Wax label buys a vinyl boxset of lounge muzak keyboard ‘classics’. They invite Terri to the gig that night, guestlisted and more than welcome. “Nah, I always meet my mate in the Crown bar on a Thursday, can’t break that”. Anybody else would politely and graciously accept but not go, just ya know, to be polite. In all the years I’ve known Terri, he always erred on the side of honestly over courtesy. Fair play. The band are disappointed but not done yet. They wanna go to the Crown and meet Terri after the shop closes for further chat and probably cross-examination of every single released on GV. The boys had done their homework. We get a booth and some stout (the famous one). Then more. Then pizza. Then more stout. We chat about everything but music, Yauch is full of questions about Belfast. Not in that often annoying way tourists are about the place, but more about how the political situation affects the social life here, do the kids get to go out and party etc. 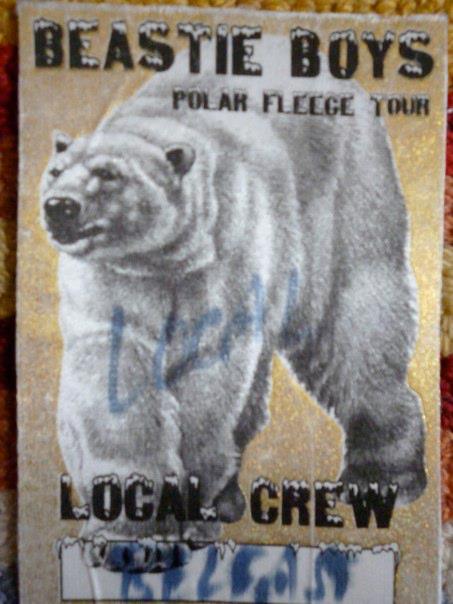 We too were full of questions. Asked him about life in LA in comparison to New York. I had been to neither at this stage but nodded with tipsy sagely agreement at the cultural differences between east and west coast America. Yauch says he wants to move back to Brooklyn but not to mention it to anyone as he hasn’t really talked at length to the rest of the band about it, really. I ask him if they’ll stay in LA. His next line should be part of the constitution of being in a band. “Probably not, we tend to move together”. This line remains with me to this day and adds to the sadness of his passing. They were a unit. Hooley arrives at some stage. They are over the moon. He joins us and answers question after question with his usual natural flair and occasional embellishment. There is an obvious delight from him as well, that the label he loved had reached three kids in New York who would become the biggest selling rap group of two decades.

To be honest it all got a little hazy. And the clock was ticking. We have to get them to the stage for 9pm. Its sometime around 7.30-8.00. Pre-mobile phone era. The tour manager doesn’t know where they are, blimey, I bet he’s furious. Somewhat of an understatement as it would turn out. We wanna get to Kings Hall to catch the Blues Explosion. Its not one of their best performances. Stans driving is, however and we get them to the Hall just in time (after they stopped off at the off-license for more stout and a bottle of whiskey).

The tour manager is a volcano of rage, pretty much lays into us the minute we walk in the door. We are irresponsible and unprofessional, by his reckoning. In his defence, we are guilty on both counts. As he tears us a proverbial new one, Yauch steps in and calms the situation saying there is no harm done, he’s had a great day and we looked after him. A truce is made, a backstage rider offered and accepted and consumed. I’ve been taking polaroids all day and trade a few with the Beasties as they seem to take endless photos. They are now some of my most treasured. The Beasties play a blinder of a gig. Stage-diving from Money Mark and MCA strike fear into our hearts. it a high enough stage onto a concrete floor and the Guinness is probably part of the reason why its happening.

At some stage Jim arrives backstage with us and we hang out, say our goodbyes to the Beasties and head off into a now very blurry night. This is a story we will retell to this day. When I heard the news on Friday I’m not ashamed to admit I had a bit of a cry. The Beastie Boys were with me for over 25 years. Never released a bad album, always released great singles and videos, and as that day in Belfast proved, they were just really nice blokes too. I look forward to hearing many Beastie Boys tracks over the coming weeks and monthon the radio and in clubs. Kick it! RIP MCA...