Did a robot write this article? The upsides and downsides of automated journalism

Did a robot write this article? No, but it could have. This isn’t the plot of a dystopian Philip K. Dick novel, but an emerging journalistic reality.

You may already have read material produced by a machine without even realising it. To adapt William Gibson, “the robo-journalism future is already here - it's just not very evenly distributed.”

So how might this technology evolve? And as journalists, should we consider robo-journalists friends or foe?

The Associated Press (AP) revealed in January 2015 that it is “is now automatically generating more than 3,000 stories about U.S. corporate earnings each quarter.” It noted that this represented “a tenfold increase over what AP reporters and editors created previously.”

AP hired its first “news automation editor,” Justin Myers, last year, and other news outlets, from the small hyperlocal publisher On The Wight, to Forbes and the Los Angeles Times, are also experimenting.

Last January, the Tow Centre for Digital Journalism produced a handy Guide to Automated Journalism. And at the opening day of the GEN Summit 2016, 700 journalists from around the world gathered to discover more about this emerging phenomenon. 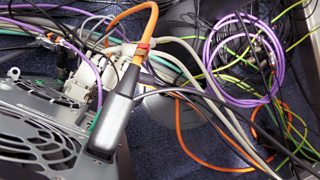 Here are ten considerations for newsrooms which want to explore this new journalistic frontier:

1. Speed and Efficiency. “Once developed, not only can algorithms create thousands of news stories for a particular topic,” wrote Andreas Graefe in his Tow report, “they also do it more quickly, cheaply, and potentially with fewer errors than any human journalist.”

2. Machines don’t make the same mistake twice provided there’s a human to help “coach” them, argued Helen Vogt, head of innovations at the Norwegian News Agency, at the GEN Summit. In May, her team successfully automated reporting of football matches. They are now looking for new subjects to test this technology on.

3. “Done properly, automated journalism has the potential to make all our jobs more interesting,” Bloomberg News editor-in-chief John Micklethwait suggested in an internal memo earlier this year. Potential benefits include freeing up journalists to do more investigative work and analysis - types of content where human input is essential.

“Most of the stuff that’s numbers based will be written by algorhythms in the next few years,” suggests Helen Vogt. “There’s no reason for it to be written by humans.”

4. “Robots can’t do what journalists do, but [they]... can do amazing things and it’s a revolution for the media,” Claude de Loupy, CEO and co-founder of Syllabs, told GEN.

Working with Le Monde, de Loupy’s company produced 150,000 web pages in four hours during France’s 2015 election. France has 36,000 municipalities, and with the right data Syllabs could produce highly targeted websites, including one for a hamlet of just 35 inhabitants. The automated website was visited by 8.6% of the hamlet in two days. Small numbers, de Loupy admits, but what if this was replicated across the country? 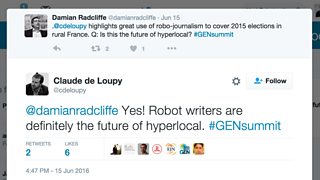 5.   This will create new types of journalism jobs: no one likes change, but AP and others have argued that robo-journalism will create new jobs in the newsroom - potentially bringing in people with different and more diverse skillsets. Heavily dependent on data, robo-journalism can be seen as part of the evolution of data journalism, a genre which has brought welcome diversity to our trade. 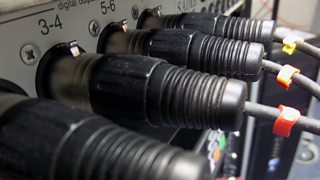 6.  This won’t work for everything: which is why most efforts are currently focussed on relatively formulaic genres like business/earnings reporting and sport. These are spaces where journalists can produce templates and computers fill in the gaps.

7.  You need to train your robot: this takes time and money. It’s therefore probably not worth doing unless you scale up the volume of stories you use this technology for. 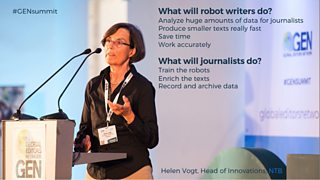 8. Nobody can tell if a story was or wasn’t written by a journalist, New Scientist noted back in 2014:

“A study published last month in Journalism Practice found that a small group of readers could not reliably discern whether a sports article was written by a human or a bot. Those assigned the automated article found it trustworthy and informative, albeit a bit boring.”

Boring prose aside, is this a problem? Not if publications are transparent about how a story was produced. But they do have to be honest with readers.

The Quakebot tool, deployed by the Los Angeles Times and written by Ken Schwencke, an LA based programmer and journalist, to quickly report on earthquakes in the region, for example, has published stories with the footnote:

“This information comes from the USGS Earthquake Notification Service and this post was created by an algorithm written by the author.”

9. Cultural resistance: It’s human nature to expect some cultural resistance to these types of changes. Some journalists won’t like it. And some will understandably feel threatened by the rise of the robots. Nonetheless, Gartner, a research and advisory firm, anticipates: “By 2018, 20% of business content will be authored by machines.”

Automation and algorithms already shape eCommerce, and as Helen Vogt reminded GEN Summit attendees, they’re manifest in medialand too, via programmatic advertising, algorithm driven front pages and machine translation. Text and video, or parts of it, are inevitably next.

10. "If a robot makes a mistake, it's not the robot's fault. It's the one who has built the algorithm," said Geir Terje Ruud.As the LA Times found when an algorithm mistakenly reported an earthquake, you can publish too quickly: sometimes content needs to be double-checked through a human filter.

Robo-Journalism is already “mature enough to be considered part of the newsroom," Laurence Dierickx, journalist and developer at the Université Libre de Bruxelles said.

“Whether you wish it or not,” Claude de Loupy advised, “the media will be on the frontline of this phenomenon.”

The robots are coming, but depending on the algorithm, the revolution may not be automatically published.

Winning the trust of contributors: When is the right time to take out your camera?

Make it snappy: The new world of ‘glanceable content’