After a stunning debut, actor Tom Hardy will be back to read CBeebies Bedtime Stories on Valentine’s Day, joining a cast of celebrity readers that has included Damian Lewis, Jessica Ennis-Hill, Lulu and Tim Peake. We asked Claire Taylor how the long-running, pre-school programme attracts top talent, refreshes its line-up of stars and stories and ensures readers give of their best: 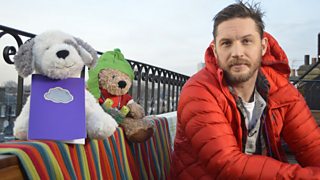 How does the production cycle work and how big is the team?

Believe it or not, the CBeebies Bedtime Stories core team consists of two members - a producer and a researcher.  It has always been a precious little subdivision of CBeebies Presentation - so we juggle it whilst producing content for the CBeebies House. When celebrities are booked, we then bring a small production team on board (director, cameraman, soundman, runner) to make the magic happen.

How hard is it to fill the daily slot and how many stories have been told?

It’s never a challenge to fill our seven-minute slot at 6.50pm. We currently have a library of 589 recorded stories going back to 2007. So, we are able to schedule a mix of repeated and new stories depending on topical themes. We always aim to support new CBeebies shows, so a story about pirates might be scheduled to support Swashbuckle; stories read by Brian Cox and Tim Peake would be scheduled to support Stargazing and of course, we think about the special occasions too, so Tom Hardy’s next story has been scheduled for Valentine’s Day!

Which comes first – the star or the story? And who chooses the stories?

A bit of both really. Publishers are constantly sending us their latest books to review so this is an ongoing process. I have the treasured responsibility of choosing the stories.  My three year-old is overjoyed when I bring a huge pile of review copies home.

I begin by reading the books to her at bedtime and getting a feel for them in the true sense that they are intended. I read them again in the office and begin the shortlisting process - filing them into categories so that if, for instance, a musician or an Olympian approaches us, we would instantly know where to look.

We keep an eye out for any editorial issues, consider diversity and also aim to achieve a fair spread of authors, illustrators and publishers. The illustrations play a huge role and have to work for television. So, there is a lot to consider in the shortlisting. 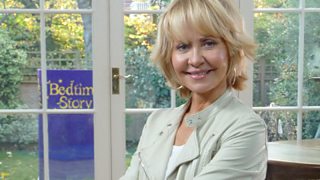 How are stars matched with stories?

There is quite an art in that. We always ask our celebrity readers if they have any family favourites they’d like to read. If they have not been read previously and rights are clearable, we would always strive to make this possible, as personal choices tend to be read from the heart.

Often, however, they leave the choices up to us and that’s when research into the reader is really important. For instance, we knew that Tom Hardy was a dog lover.  So, when choosing his books, we kept this in mind and three of the five stories he read were dog-themed books. To our delight, Tom brought his dog Woody along for the filming.

In the same vein, when Elbow frontman Guy Garvey read for us, we chose two very musical stories and for Maureen Lipman, a book about a little girl visiting her grandma’s house - which struck a chord with the actress.

We try to put ourselves in their shoes, think of their characteristics and personalities and ask ourselves if we can see them wanting to read that story.

Do you have a wish list of celebrity readers? How much time is spent negotiating with agents? And do most people you approach say ‘yes’?

We certainly do have a long wish list. The show is a respected, safe and much-loved brand and we find we don’t have to negotiate very hard at all. Lately, I’d say that more agents are coming to us than us having to go to them.

Often celebrity parents really want to read. I think they feel it’s their chance to give something back to their children. I know that Damian Lewis and Tom Hardy were both very keen to feature in something that was safe for their children to watch. It tends to be more about availability than anything.

A sample of our current wish list would include the likes of Idris Elba, Eddie Redmayne, Thandie Newton, Thierry Henry and Helena Bonham Carter. 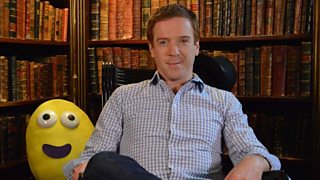 Damian Lewis reads I Got a Crocodile: The Homeland actor was keen to be involved

They’re mostly actors, but you’ve had singers, DJs, sports stars, even an astronaut too. Do they have to be proven storytellers?

Not at all. Often, they have only ever read stories to their own children before. We strive for a diverse range of styles. However, when booking our readers, we do naturally think about how they would come across to the audience. They have to be able to engage and entertain pre-school children. So on the day, we strive to make them feel comfortable and encourage them to ‘go for it’ with character voices and expressive moves etc.

Most of the really stellar readers won’t be familiar faces to your audience. Does that matter?

No, because ours is a dual audience. The stories and pictures are chosen to inspire, educate and entertain our young viewers and the celebrities are chosen to wow and please the grown-ups. The stories are chosen with the reader in mind, and to spark a conversation about who that reader is and what they’re famous for. For instance, we recently recorded Jessica Ennis-Hill reading a story called The Frog Olympics whilst wearing her gold medal. How better to inspire future Olympians? 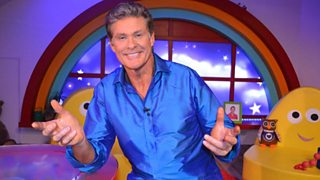 How long do recordings take and where do they happen? Are the stars all always good at taking direction? And do they ever ask to come back?

The average recording takes three to four hours to read five stories. We ask our readers to come to the CBeebies House studio in Salford. However, sometimes we do go to them and film on location in London or wherever they are based. Budgets are tight so we try to film as many as possible ‘at home.’

The CBeebies House is such a recognisable place in many of their own family homes that often they’re thrilled to be there. One reader recently described it as their “Glastonbury moment”.

The stories are read from autocue and after a little rehearsal, we record a couple of passes on each story. Illustrations from the books are also used in the mix.

We have lots of ‘one-take wonders’ but it’s amazing how nervous even the biggest of stars are at first. They are totally out of their comfort zone so we tell them to imagine they’re reading to one child, perhaps their own. We want the experience to be as intimate as possible for the viewer.

You have to be able to adapt to the variety of personalities we work with. You learn to judge if you can ask for another take, suggest they go that bit further with their performance or encourage readers to put on voices. I remember pinching myself asking David Hasselhoff to make a “brum brum” noise when playing with a toy tractor, asking Tom Hardy if he would mind cuddling up to a fluffy toy dog and getting Jessica Ennis Hill to say: “On your marks, get set, go!”  It can be very surreal.

And yes, some readers do ask to come back - more so of late. It is usually like nothing they have done before and they get a feel for it. 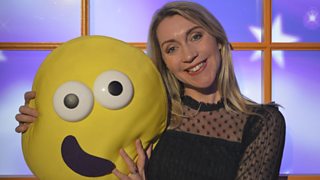 Producer Claire Taylor in the CBeebies House: "One reader said it was their Glastonbury moment"

Any interesting or surprising stars coming up?

We have a couple of very surprising readers on the cards - from rock stars to more Hollywood celebs, so watch this space.

Do the biggest stars get paid the same as lesser celebs? Are readers you’d like to cast ever beyond the CBeebies budget?

We only have the budget currently to record 10 readers per year. All of our readers get a favoured nations fee (so all the same) and are generally asked to read five stories.

I know they do it for the love of the brand and for their families and often ask to donate their fee to charity.

I made… Magic Hands

SEO might be more about the basics than you think