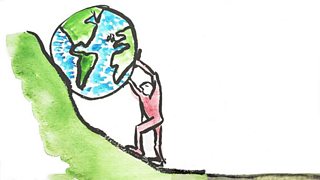 The BBC is exploring a new approach to its news stories, called Solutions-Focused Journalism or SFJ. Emily Kasriel explained the concept in this related blog post. Here she examines some of the background to the idea and its growing role in the culture of journalism:

The way that many journalists select, frame and tell stories, by focusing on dramatic events and problems and rarely on what is working, gives audiences a distorted picture of the world - a picture in which problems are rarely solvable.

Professor Charlie Beckett, director of POLIS, the think-tank of international journalism and society at LSE, argues that the grammar of news coverage is inevitably negative since in mainstream news there is an ingrained, almost instinctive belief that a story isn’t news unless it features something broken, violent or disturbing.

Many years ago, when covering elections in Nigeria, I remember stumbling upon a peaceful voting booth. Deciding that there was nothing worth reporting there, I left in search of a ‘real’ story. Human beings have evolved through many years in risky environments to become vigilant, alert to negative information to help us avoid poisonous berries or marauding lions.  We seem programmed to be more likely to spot and remember negative stories.

Bobby Duffy, managing director for Ipsos Mori Social Research Institute, talked at a recent SFJ session at the BBC about the gap between what most people believe and reality. He based his remarks on his research into the ‘perils of perception’. For example, while violent crime has fallen significantly in the UK over many years, most people still believe it is rising.

As a public service broadcaster, our role is to help people become better informed so that they can evaluate risks and take decisions based on an accurate picture of the world.

So, for example, it may be helpful for parents to understand the real risks of violent crime in their area when deciding how much freedom to give their children. While the media is not the only culprit in perpetuating misperceptions, it is a strong factor in helping people build up their picture of reality. 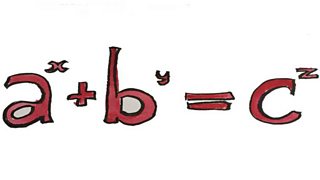 SFJ emphasises the 'how', as in how are problems solved and how do solutions work

People turn to BBC News when big stories happen - often disasters or conflicts, whether natural or man-made. These dramatic stories bring in the biggest audiences. Last year, out of the top 20 stories on BBC News online, 19 were dramatic negative stories.

The success of that kind of story can make journalists wary of covering stories which lack the kind of dramatic narrative which is more often found in disaster than recovery. News is ‘now’ and is about swift and dramatic changes. In contrast, solutions are usually slow: they take longer to emerge and don’t climax in the way that bad dramatic news often does.

Another factor driving our SFJ initiative is the desire to better serve our audiences, particularly young people. According to recent BBC Audience Research, 51% of 16-18 year olds and 47% of 19-24 year olds in the UK “agree or strongly agree” that they want news to also provide solutions. The figures were even higher in the developing world: 75% of Indians, 78% of Nigerians and 82% of Kenyans of all ages want their news to provide solutions and not just problems.

The Audience Research team posed the ‘solutions’ question after the qualitative research into young audiences indicated a feeling that there was too much ‘bad news’: “Isn’t something going right in the world?” participants asked.

Probing further, the researchers found that audiences don’t want news organisations themselves to solve the problems of the world, but rather to move beyond looking at ‘what happened’ and ‘why’ to also include ‘what next’ and ‘how have these problems been tackled in other parts of the world?’

However, audiences saying that they want to hear more about solutions is different from actually consuming SFJ stories: more research is needed to find whether audiences are actually keen to consume and share this sort of content. 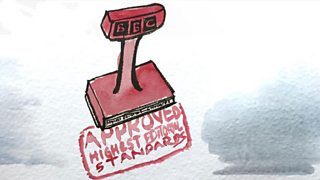 DR’s executive news director Ulrik Haagerup was a hit when we invited him to the BBC to talk about his experience. However, we felt the term ‘Constructive Journalism’ seems too easily conflated with a broad positive approach.

Across the Atlantic SolutionsJournalism.org has been training journalists in news organisations throughout the USA and has developed a host of resources which I have drawn on in my work, including a great solutions story tracker.

We felt the term ‘Solutions Journalism’, although widely used in the USA, could imply that the media organisation is providing solutions. By using the term Solutions-Focused Journalism, we are signposting that we are choosing to cover rather than provide solutions - a more comfortable fit for the BBC.

Lyse Doucet: ‘Look for the light in the dark’ to make sense of hard news