For the past 18 months video journalist Dougal Shaw has been shooting his features mostly on his smartphone. On this blog, he previously wrote about his self-enforced ‘mojo diet’ - when he pledged to use only the phone for one month. Here, he passes on some editing tips for getting the most out of footage shot on a mobile. He uses Final Cut X, though similar techniques can be used in other software. 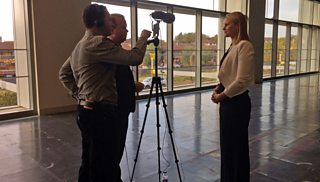 From most phones, you will get large of depth of field. In other words, the background will be in focus rather than blurred in an artistic manner. That’s not necessarily bad for news, where context is important. But if you want to lose some of that flatness in the shot, you could add a vignette. That can be done using an adjustment layer – which is an empty ‘shell’ that sits at the top of your timeline and lets you add any number of effects into it, which will change the appearance of everything beneath it. So, you could add a classic, dark vignette. Or you could add blur, then select a shape mask to turn it into a vignette shape. In the adjustment layer you can also add effects like: crisp contrast, sharpness (use sparingly) and maybe boost the saturation a little. Various adjustment layers are available as free plug-ins to download. 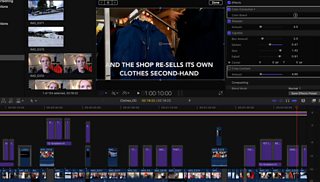 The adjustment layer is at the top of the timeline with controls such as blur and crisp contrast top right.

Rather than filming video of a static scene, why not simply take a still? Your phone’s camera will give you a superior image and save valuable memory space. When it comes to the edit, cut from moving video to still, then back to video. If you run continuous background noise (‘atmos’) under all the clips, your ear will help you believe this is one video sequence. You could also add a slight move to the still image, to maintain momentum in the sequence (see Ken Burns later). But your phone’s camera may not take stills in 16:9 aspect ratio: in the edit, you will need to crop what you shoot, so frame generously! 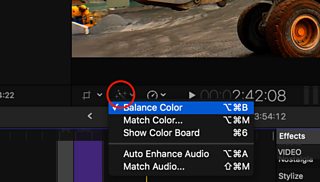 In news you don’t always have the luxury of time. Working to a deadline, a very handy tool is Magic Wand/Balance Color (above) which sits under the viewer in Final Cut X. If you choose this, it will attempt to give your shot a neutral colour cast (not too blue or orange) and also adjust the image to maximise contrast. Immediately this makes things look more punchy. Of course with more time you can analyse the whole clip to improve the colour balance, using Colour Board to change each shot manually. Making features, I’m lucky that I usually have time to improve each shot of my mobile footage – and it can make a huge difference. 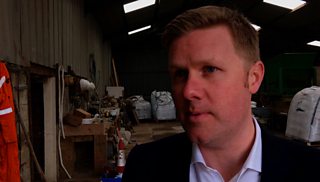 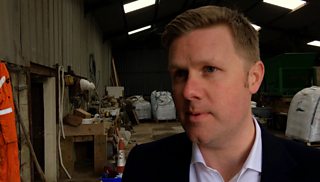 The best way to add smooth movement in Final Cut X is the Ken Burns effect. This allows you to select before and after positions, and Final Cut creates a smooth transition between the two. It’s possible to over-use this feature (I admit I do), but it’s a good way to weave movement through a piece. Usually the subtler the movement, the better it looks. Since interviewees can look flat, adding a modest Ken Burns effect can make the shot feel more appealing. If you set your phone to film at a higher resolution than HD (4k for example), you can really play around with movement in the edit and achieve cinematic-style dolly shots, for example. 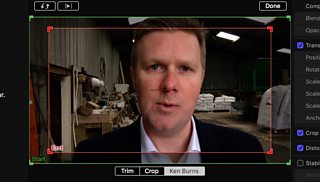 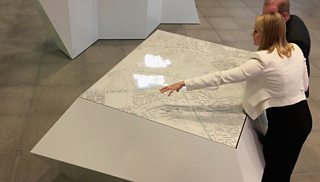 Ideally, you’ll use a tripod for many of your shots. There are many mounts you can get for smartphones, allowing you to attach them to tripods. But if for whatever reason you took some handheld footage and now wish it was less wobbly, the stabilization tool in the FCP video panel is very handy. By sacrificing some pixels and cropping your video around the edges, Final Cut is able to iron out the shakes from your original footage. I often use it to enhance what I call ‘tripod aerial footage’. Because the phone is so light, you can attach it to your tripod and hoist it over your head, then dangle it like a mic on a boom, to achieve a kind of drone effect. This can be a bit shaky, so stabilization will smooth it out. Obviously make absolutely sure the phone is not at risk of falling on anyone!

If you want to add voiceover to your edit, a fast and effective way is to use your phone. In a quiet room, ideally a studio, speak your lines into the phone, keeping the microphone a few inches away from your mouth. This avoids popping, which occurs with bursts of air like ‘p’ sounds. Holding the phone as you normally would or hold it flat just below your mouth like the contestants on The Apprentice. Once you are happy with the recording, you can upload it to something like Google Drive, then download direct to your laptop. In the audio section of Final Cut’s Effects panel there are voiceover enhancers which can improve your recording. Or look into using Compressor effects. The quality is not quite as good as recording it in a voiceover booth but it’s good enough to run in television packages. Many radio contributions are now filed this way, both by interviewees and reporters. 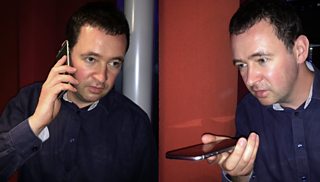 It’s very easy in Final Cut X to put together multi-camera edits, bringing together two camera angles. You might have recorded something handheld on your mobile, for example, which you want to use as a cutaway for another shot taken simultaneously with a broadcast camera. If you highlight both clips in your cliplist, right click and do a ‘Multicam sync’, you can weave these shots together. Final Cut syncs it for you by listening to the sound recording. The clapper-board operator is redundant. You can then ‘Match Colour’ to do your best to make these shots look as similar as possible. 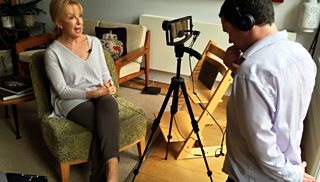 Dougal Shaw is currently making mobile-shot short films for the BBC’s World Hacks. He previously wrote about shooting on mobile.

A little coding can take you a long way

‘It’s like planning a dinner’: How they tried to attract women to computer programming