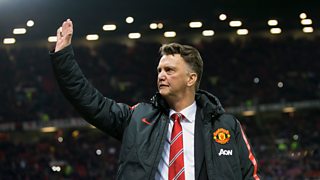 This week on the Red Button, keep across the latest signings as the Premier League's January transfer window closes. Join us for the Burton European Open and pop round to Albert Square as EastEnders marks thirty years on screen.

Dan Walker rounds up all the major transfer deadline day moves with news and reaction from around the country.

EastEnders 30: Back to Ours

Nitin and Himesh are just two of the residents welcoming you into their Walford home this week to celebrate 30 years of EastEnders. Relive classic moments and get the gossip from the set.

Find out more about classical music as musicians from Camerata, Ireland are joined by a lively bunch of children to discover the stories behind selected works by composers including Mozart, Beethoven, Holst and Britten.

Food and Drink with Tom Kerridge

Michelin starred chef Tom Kerridge shares his secrets for making the perfect minestrone soup as part of BBC Food’s Dish Up Season - helping us all get clever in the kitchen.

The Smashing Pumpkins mark their return with a show recorded at Maida Vale studios. Billy Corgan talks candidly to Lauren Laverne about his approach to music and the media, interspersed with some classic archive performances.

There's coverage from the Australian Open - the first Grand Slam of 2015. Things cool down as we head to the slopes for snowboarding events at the European Open in Switzerland and the Skeleton World Cup from France. As usual we'll have an in-depth look at the week's football action with Final Score.