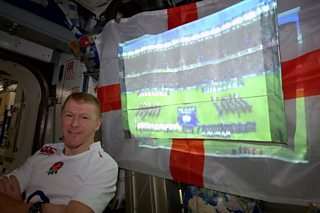 Last weekend’s Scotland versus England Six Nations match was a close-fought affair watched by millions, with England ultimately coming out on top to retain the Calcutta Cup. As with any BBC sporting event, our Digital teams made sure that UK audiences could watch the match wherever they wanted – but one Brit took this to the ultimate extreme.

Major Tim Peake, Britain’s first astronaut to visit the International Space Station, tuned in live from 400km above the earth as we successfully live-streamed the feed to space for the first time.

It’s the sort of achievement that makes you sit up and realise just how far technology has come in the last few years. We’ve always taken the long view of innovation in broadcasting - we pioneered radio in the 1920s, TV in the 1930s, data services like Ceefax in the 1970s (more than a decade before the World Wide Web was invented), paved the way for online services in the early 90s, and on-demand video with iPlayer back in 2007. But just recently when we celebrated 90 years of innovation at the BBC, in which space was used as the backdrop to ask ‘Where Next?’ for the BBC, I don’t think any of us predicted that space would, in fact, be the answer.

How it all came about is one of those typically understated stories that seem to lie at the heart of all major milestones.

Our editorial team had already been in touch with the European Space Agency so that Tim could kick-off their coverage of the Six Nations (you can see their stunning launch video here). Which prompted an engineer and friend of Tim's at the European Space Agency to call my colleague Chris Condron, who heads up the BBC Digital products for Sport and Childrens, and said: “I promise you this isn't a wind-up, but do you reckon....”

Naturally, this created a flurry of excitement in our R&D, Engineering and Digital teams as we soon realised that, yes, it would be possible to live stream the match to Tim in space. Not only would it be possible but, thanks to our world-class production and technology teams, it would be relatively straightforward at no extra cost using existing equipment. 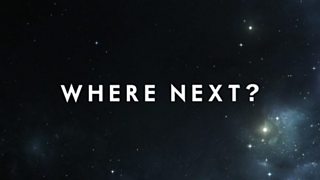 It’s the kind of question that makes working in digital and technology at the BBC so exciting and rewarding. We’re constantly asking and being asked challenging questions, then setting about trying to find the most practical and elegant solutions.

In this case our exam question was: ‘In the most efficient way possible, how would you provide live feeds of the Scotland v England match to NASA Mission Control in Houston?’

In the end, we provided two routes to Houston for the distribution of the feed – meaning we had a back-up plan should anything fail. The first was direct from satellite to the European Space Agency, who routed the feed from there to Houston, where it could be fed to the ISS using their standard video uplink.

The second was using the BBC’s iPlayer technology, straight to Houston over the internet. The advantage of using iPlayer is that it supports time-shifted viewing, so in case Tim was unable to watch some or all of the match live, he could still watch it near-live or on-demand.

Ultimately, Tim was able to watch it live via the first method and, as we’d already laid the necessary groundwork last weekend, I’m delighted to say that it wasn’t a one-off. This weekend we’ll once again be making more of the BBC’s live and on-demand Six Nations coverage available to Tim (and his colleagues on the ISS) and will be doing so until the end of the tournament.

It goes without saying that we could only make something like this happen by working closely with others, so I’d like to thank the RBS Six Nations, UK Space Agency, European Space Agency and NASA.

It’s not every day you get to broadcast into space. Now we have we’re all left asking one question: where next?

Richard Cooper is the Controller of BBC Online Technology Group.