Sex On The Couch - a new BBC Three documentary 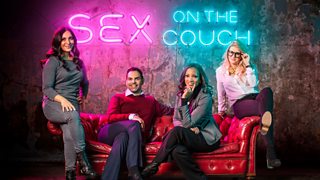 I first pitched this programme as a 20 minute film for another series, called Sex Map Of Britain. The commissioner loved it and asked me what I would do to supersize it - and bingo, Sex On The Couch was born!

From there it has grown into an innovative, fixed rig, factual entertainment format, following real-life couples as they bring their genuine relationship issues to therapists at a specially created sex and relationship clinic.

What does the series achieve?

Problems in a couple’s sex life are often a symptom of much bigger issues in their relationship, and yet talking about our sex lives can often be very challenging! This series deals not only with how to increase intimacy in a relationship, but also opens up the conversation around sex and asks couples to get to the heart of what’s causing their problems in the first place.

It felt like a really good time to tackle the tricky conversations, break down a few sexual myths, and help relieve the pressure that young people face around sex.

The audience that BBC Three attracts is young and perhaps more willing to talk about sex in an open and honest way - the therapists featured in the series largely see clients in their 20’s and 30’s looking to prevent issues rather than solve ones that are already out of control. 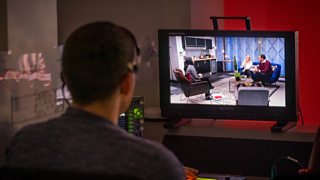 It was really important for the team that the couple’s experience of therapy was real, honest and intimate.

The therapists were involved with the entire process from the outset, to ensure that that everyone was happy that this was an authentic experience that the couples would benefit from. From the questionnaire that each couple filled out when they arrived at the clinic, to the homework they were set in between sessions, our therapists were involved.

We also took filming very seriously, making sure that we never interrupted the process. From the moment that a couple was visible outside, they were classed as being on set and there was no interference from the crew. Our brilliant receptionist Kirsty was key to ensuring that we hit certain format points, putting the couples at ease straight away so that by the time they entered the therapy suite they were relaxed, and all we needed to do was observe.

Do people really want to talk about their sex lives on TV?

There’s no denying that casting was tricky. The BBC Three audience is very open to having these conversations, so striking up a discussion wasn’t a problem - but the idea of their parents seeing the series most certainly was!

Most people felt reassured by the fact that BBC Studios was making the programme, and that they would be well looked after both before and after the series had gone to air. 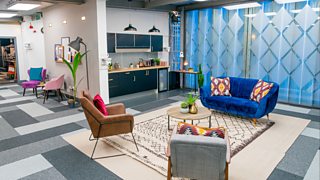 Coming up with a new format, and then delivering it, is never easy. Having never produced a fixed rig show before, I knew it would be a learning curve.

We rented an empty office space near Salford which was a real blank canvas, and split the space in half to create a clinic and the gallery. Cameras were placed outside the clinic, through the reception, and into the therapy rooms. It needed to flow smoothly and there couldn’t be any blind spots.

The real challenge here though was creating a totally silent gallery. For anyone that knows me, I found this particularly difficult! With only a thin wall separating the gallery from the clinic, we had to be completely silent throughout filming to avoid breaking the bubble.

From the very first therapy session that we filmed it was clear that anything could happen, and it did! From the everyday technical hiccups - like microphones failing - to unexpected revelations from the couples, we were always on our toes.

It was all worth it for the end result…

Watching as our couples went through the process of therapy was a real privilege. The couples allowed us to witness them at their most vulnerable and observe as they tried to hold their relationships together. Each of them went into this series looking to solve a problem in the bedroom, but beyond that ended up with an overhaul of their relationship - no matter what the outcome.

Sex On The Couch was produced by BBC Studios and airs on BBC Three on Friday 26 April at 10am and  on BBC One at 11.25pm.