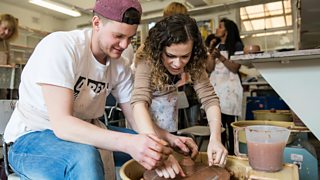 The Government confirmed this week that the cost of the annual licence fee will increase to £150.50 from 1 April 2018.

Best place for women to work

As part of the BBC’s drive to have women in half of senior management and on-air roles by 2020, Director-General Tony Hall has appointed Director of BBC Scotland, Donalda MacKinnon, to lead work that aims to sweep away any barriers to women progressing, fulfilling their ambitions and reaching the top.

BBC Radio 3, BBC Arts and the Arts and Humanities Research Council (AHRC) have today announced 2018’s cohort of New Generation Thinkers. The selected academics will be publicly unveiled at a free event recorded as part of BBC Radio 3’s Free Thinking Festival at Sage Gateshead on Saturday 10 March and broadcast on BBC Radio 3 on Tuesday 3 April at 10pm.

Filming has begun in Scotland and Australia for The Cry starring Jenna Coleman, Ewen Leslie and Stella Gonet. News this week also thet Trust Me is to return to BBC One. Created by screen writer and NHS doctor Dan Sefton, the second series will once again be set and filmed in Scotland with the drama revolving around a hospital department in Edinburgh.

Following news last week that filming had begun on This Time With Alan Partridge, Steve Coogan has confirmed that Felicity Montagu will be reprising her role as Alan’s assistant Lynn across the new series.

The first winner of the BBC’s Caroline Aherne Bursary was announced; Sophie Willan's entry impressed the panel with her funny ideas, strong work ethic and real desire to tell stories about Northern England. Plus, Mrs. Brown’s Boys creator and star Brendan O’Carroll is to host a brand new panel show - For Facts Sake will air later this year on BBC One.

After three successful series !mpossible is moving to primetime, !mpossible Celebrities will see 18 celebrity contestants competing to give themselves a chance of winning £10,000 for a charity of their choice.

On Monday the BBC launched two new services for Nigeria. The Igbo and Yoruba services will include exciting short format audio, video, graphics and illustrations.

This week we published James Purnell's blog on what the BBC is doing with voice devices. We also had news of the third See Hear Weekend from series producer William Mager; as well as the weekly BBC iPlayer Highlights 24 February - 2 March. 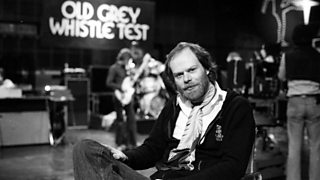 Old Grey Whistle Test: For One Night Only

Q and A with Only Connect's question editors