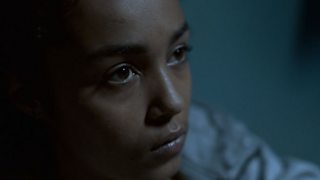 The Break is a collaboration between BBC Taster, BBC Writersroom and BBC Drama Production to make five original short monologues for online, written by up-and-coming BAME writing talent from across the UK. Each short consists of a standalone, contemporary individual monologue. Here, producer and editor Rachelle Constant explains the process.

Having already produced a successful short film through Film London and the BFI NET.WORK, I was eager to work with new writers at the BBC beyond script development. Many writers get stuck in ‘development hell’ pitching, writing, re-writing, and rarely get the opportunity to see a project through to production. You learn so much through the process, and so getting something into production whether a short film or theatre play, is a wonderful learning curve.

It was a perfect storm. My brilliant colleague, Abigail Gonda, Development Producer for the Writersroom was a huge driving force in the project, fuelling the idea of creating a series of contemporary monologues similar to Alan Bennett's Talking Heads. We pitched the idea to BBC Taster (the new BBC online experimental platform) who loved it. They were keen to support and help bring this project to production, targeting 18-30-year-olds.

I was particularly interested in the increasingly growing trend (especially amongst young viewers) to watch content online and understand how we can capitalise on the increased consumption of short-form content. With BBC Three's unprecedented move to be completely online, I wanted to get experience in creating compelling online content. 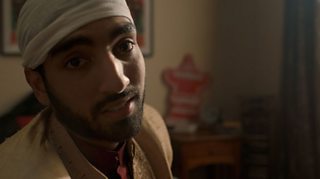 I particularly wanted to work with up-and-coming BAME talent new to the screen. I selected 12 writers, mainly from theatre, who were invited to a one-day workshop which included sessions and talks about short form content, storytelling and current Taster projects. I came up with the theme The Break to help bind these shorts together and give the writers a starting point. The 12 writers had to pitch their short monologue on this theme and eight were chosen to develop their ideas further. 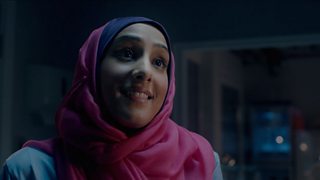 We were really fortunate to have Holby City and EastEnders support this project, allowing us to use their studios, sets and props during production. We took the eight writers to Elstree to look at the sets available to them, it gave the writers the opportunity to visualize their characters and their individual monologues into a tangible reality. I, along with my exec producers, read all the pitches and after much deliberating, chose the five writers to take through to production. It was a difficult decision as many of the pitches would have been incredible monologues to develop further. 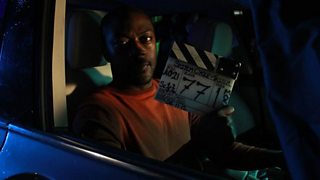 With any low-budget production, you experience your fair share of stress when managing. The week before production must have been one of the most challenging weeks of my career. I recall having a telephone conversation with one of my execs, telling her not to worry that we didn’t have a shooting schedule or cast list yet, despite being three days away from filming! I told myself everything would fall into place (it always does), but on that overcast day at Elstree, it was difficult to see the forest for the trees.

We hadn’t filled a few roles for key crew, cast were yet to be confirmed, we were scrambling to get last-minute props; making script changes to accommodate our budget and production constraints, the list was endless. I left Elstree Studios that day, like Dustin Hoffman in Rain Man, in absolute denial. The powers above must have heard my cries that night, because the next day couldn’t have gone any better. We started to get cast and crew confirmations through and even had a workable shooting schedule. 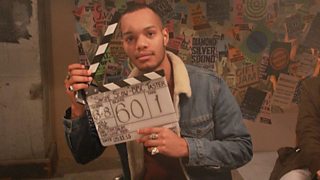 I definitely couldn’t have managed without our wonderful production team.  Everyone went above and beyond the ask. We had a fantastic casting department headed by Julia Crampsie. I was delighted with our cast, not only because they are a hugely talented bunch, but all genuinely lovely and brought something special to each piece. Rapper, Harley Sylvester (of Rizzle Kicks) was a brilliant addition, and it was exciting to see new acting talent in the spotlight.

The opportunity to produce The Break has been incredible. By showcasing diverse writers with a strong, unique voice who have yet to write for the screen, BBC Taster is proving the perfect platform for their creative work. This digital platform enables the work of these amazing writers to be seen and shared via Social Media with just a click. The Break allows the audience into intimate, humorous and vulnerable narratives and with BAFTA Breakthrough Brit director Zam Salim at the helm, the shorts have become authentic heart-felt vignettes of the ties that bind, and the ties that break.