BBC Sounds: the one place for all BBC audio 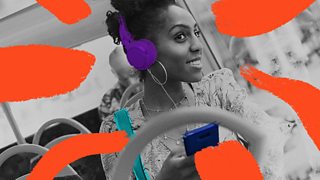 Later this month, we will be closing the BBC iPlayer Radio app, and I wanted to explain why.

With changes to people’s listening habits and increased global competition in the audio market, I want BBC radio to maintain its unique place in people’s daily lives in the decades to come. For this, we need our brilliant stations to stay strong, and we also want to grow our new audio app BBC Sounds.

We launched BBC Sounds last year. It’s the digital home for all of our audio content, from music to podcasts and of course our stations.

Sounds is already improving how we listen to radio - for example, lots of people have told me how much they love being able to scroll back in live programmes. And with nearly a quarter of UK audiences listening to live radio on their digital devices, we wanted to make our stations prominent on Sounds. That’s why we have kept the station dial very much at the heart of the app, as it was on iPlayer Radio.

Equally, Sounds has allowed us to improve our podcast offer and make it easier for our audiences to find new ones to love. A record 7.1m UK adults now listen to podcasts every week - a 24% increase on last year - and when specifically looking at younger audiences (15-34 year olds), nearly 1 in 5  listen to podcasts. We’ve pushed the creative boundaries by making shows like Forest 404, 13 Minutes To The Moon and That Peter Crouch Podcast which would have been difficult to commission for a schedule. They sit alongside established podcasts and much loved radio programmes from The Archers to Brexitcast and Desert Island Discs.

We’ve been improving Sounds all the time, and the time has come to switch off iPlayer Radio so the BBC only has one audio app.  We said that was the plan when we launched Sounds, but have kept iPlayer Radio going till now as there was well-used functionality in iPlayer Radio which we wanted to implement - and improve on - in Sounds.

With the latest app update, BBC Sounds now matches the major features and functionality of iPlayer Radio, as explained by my colleague Dan Taylor-Watt. And with nearly 1.9 million weekly signed in users, BBC Sounds is used by more people across our digital platforms than the old iPlayer Radio app.

So this feels like the right time for us to have a single place for all of our audio content. Some of you might not have realised that iPlayer Radio was still up and running, whereas some of you have been continuing to use the old app.

Those coming to BBC radio via the iPlayer Radio app have started to see messages encouraging them to move to BBC Sounds, and from Monday 16 September we’ll begin the closure of the old app. This will take a couple of weeks and allow listeners to move over to Sounds.

If you haven’t yet downloaded Sounds, or haven’t tried it again since launch, you might have not seen the improvements we have made and what you can now do with it. Unlike iPlayer Radio, it’s not a one size fits all experience. The more you listen to things you’re interested in, the more it will know to offer you interesting and entertaining programmes that you might not otherwise discover.

iPlayer Radio has given us a great foundation for Sounds. But it had limited options for on-demand listening, and we needed a new digital home for all of our stations, programmes and music mixes to ensure we keep serving everyone. That’s what Sounds aims to do - serve both loyal BBC radio listeners as well as people who in the past haven’t spent much time, if any, with us.

The great thing about digital products is they can continually change and improve. They’re never finished, so please keep on giving us your feedback. I hope you can see how we’ve listened to you over the last few months.

Radio has a great future. This will only be the case though if we find ways to make it relevant to all audiences, and help them to find the right content. Sounds will help us to do so. With just one app, rather than two, we’ll be able to focus all our energies on growing Sounds so that we can serve everyone.

I’ve seen some questions on social and comments here after this blog went live earlier this week, so I thought I’d do a brief update on key things that have come up so far.

Chromecast - this is now supported on Sounds as explained here so just update your Sounds app and you should be able to find it.

Local Radio - within the next few weeks, your local station will appear in the BBC Sounds dial. The station will be based on the postcode that’s linked to your BBC Account (which you can update in settings if needed).

Smart speakers - we’ve got the BBC skill for Alexa and there’s more information on how to listen to our radio content on smart speakers here.

Alarm clock - The BBC Sounds app does not have an alarm clock built in, although alarm clocks are available on all smart phones. They are difficult to make as reliable as necessary on iOS and Android, so we have decided not to include this functionality, although we hope to work with Apple and Google to enable Sounds to integrate better with the alarm clocks built into their operating systems.

Downloading programmes - a few different topics on this:

Closure of iPlayer Radio - we’ll start this on Monday 16 September and we’ll be using a staggered approach. This means that over a two week period or so, users will get a message from us when they open the old app to say that we’re closing it, and depending on their device, they’ll be guided to the right place to find BBC Sounds to continue listening to BBC Radio.

Sorting - we are going to be offering sorting in downloads soon and this is currently in development. We also are also looking at adding sorting to subscriptions and bookmarks in the future.

Widgets - notifications offer similar functionality, so we are not currently planning on supporting widgets right now on Sounds, especially as they had a low usage in iPlayer Radio.

Scarborough: a chat with Derren Litten