The BBC has always been an innovator in technology from installing TV transmitters at Alexandra Palace in 1936 to streaming the Six Nations Rugby Internationals to Tim Peake onboard the International Space Station in February this year. The BBC has always innovated in content as well, from launching the UK’s first sci-fi TV series, Doctor Who, in 1963 to using that very same show to launch the Doctor and the Dalek game which introduces children to coding and programming.

Virtual reality and the world of immersive video is the latest place where we’re seeing the convergence of new technologies with new forms of storytelling. It is a fascinating, nascent and constantly evolving space. And you may have seen that we’ve recently experimented with 360 degree video, transporting the viewer to the Strictly dancefloor or coming face-to-face with the largest dinosaur to walk the Earth, guided by David Attenborough. 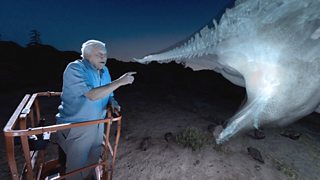 'Attenborough and the Giant Dinosaur'

Today we’re launching another onto BBC Taster, giving audiences a unique Queen’s eye view of ‘Trooping the Colour’. Teams from around the BBC have been working on a small number of ‘true VR’ experiments as well, which we’re also unveiling today. Andy Conroy, who heads up BBC Research and Development, has blogged about some of these more advanced projects, which you can find on the BBC R&D Blog. This is all part of the BBC’s early experimentation to help us better understand emerging technology and new mediums, explore the potential for future audiences, and see what kind of role the BBC should, or shouldn’t, be playing.

In terms of the technology, the main difference is that VR is more interactive and immersive than 360 degree video, which is very much as it sounds - a video played out in 360 degrees around the viewer.  However, both have the potential to give viewers a sense of presence. This is interesting to us as programme makers as it can help make people feel like they’re at the heart of the action or the story, which could help future audiences better understand important current affairs, news, science and history topics or give them a new perspective. 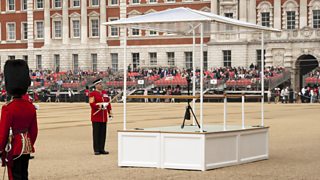 Experimenting with 360 video also has an advantage from a production point of view. The cameras or camera rigs are widely available and give programme makers the chance to see how it might complement our storytelling elsewhere, or get even more out of the projects they’re already working on. And we have hugely talented editorial teams inside BBC Studios wanting to explore this potential too - it's the people behind our BAFTA award winning TV series like Britain's Forgotten Slave Owners, VE Day, and Stargazing Live that are piloting these experiments on Taster.

But they are not doing this on their own. VR pioneers like Oscar Raby, digital agencies like Rewind, Aardman, VRTOV and Crossover Labs, BBC R&D specialists like Zillah Watson and Simon Lumb, along with teams in BBC Learning and innovation teams across BBC TV are forming a "coalition of the willing and able" to better understand the opportunities and challenges in this emerging field.

For example, as well as watching Alexander Armstrong's BBC One documentary Rome's Invisible City, Alexander can now take you on a 3D tour of Rome's magnificent pantheon in virtual reality. BBC Learning can complement a TV and Radio season around the Easter Rising by transporting you to O’Connell Street in 1916, immersing you in one of the BBC’s first VR documentaries Easter Rising: Voice of a Rebel. And in addition to watching Tim Peake on BBC Two's Stargazing Live, we can now put you in his spaceboots and send you 240 miles into the void above Earth in Home – a VR Spacewalk - inspired by the real VR training Tim performed.

Audiences have already responded to other immersive pilots on Taster. In fact there have been over eight million views for projects as varied as the Natural History Unit's Sir David Attenborough & The Giant Dinosaur, Click's tour of the CERN Large Hadron Collider and Strictly Come Dancing, all in 360 video.  Almost 2,000 pieces of feedback from people on BBC Taster have been completed with audiences responding favourably with an average score of 3.5 out of 5 stars, and comments stating that they felt immersed, part of the story - some even said it was "more real than TV".

Where these experiments with immersive technologies will take us is uncertain. They offer a glimpse of the promise of VR and what immersive experiences could provide to audiences, but they also bring new challenges we need to better understand. This is very early days, but these experiments, and the audience and industry feedback we can get from BBC Taster, are helping us do just that - helping inform any strategy the BBC may need in future.

A spectacular summer of programmes on BBC 5 live