Diversity: more to do to better reflect our audiences

Head of Diversity, Inclusion and Succession 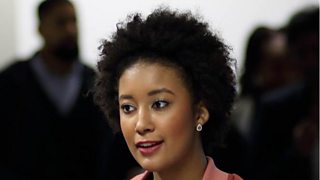 When Justin Trudeau was asked why it was so important to him to have a gender balanced cabinet, his answer was simple: “Because it’s 2015”. The Canadian Prime Minister was making the point bluntly that it’s impossible for organisations that represents society to pay lip service to diversity. This is as true for the BBC as any other public body. In fact it’s doubly important for the BBC because it directly helps inform the kind of programmes we make.

The BBC should act as a mirror to the UK and a voice for the UK in the world. In the last year we’ve made programmes like Damilola: Our Loved Boy, The Boy With The Topknot, Three Girls, and Keeping Faith - four very different dramas about four very different communities around the UK. But all with important stories to tell and an ability to connect with the audience.

We know our audience expect to see and hear programmes about the world they see around them. Put simply - it’s the BBC’s job to represent all the UK’s communities, in their rich variety, stretching from the inner cities to the outer Hebrides.

In order to do this our workforce needs to represent these communities. In 1971 only 2% of the UK was made up of non-white people, today it's around 14%. It is estimated that by 2030 that the proportion will be closer to 20% of the total UK population. We need to be able to adapt and change to reflect this.

We’ve made progress in this area already - setting tough targets to ensure that we have a representative mix of gender, ethnicity, sexuality and staff with disabilities within our workforce. Of course in many places in the UK we are the only national broadcaster employing staff and we have recently significantly developed our apprentice and trainee schemes - ensuring that we recruit from as many different communities as possible.

However we also recognise that we have further to go. The last year has seen a new focus on diversity at public and private bodies. Kickstarted by the #metoo movement and an important public debate over gender pay at the BBC and other organisations there has been a recognition that if we are to make serious long-term changes then more radical action has to be taken. The gender pay figures published earlier this year show that many other organisations are in a similar or worse position.

It was because of this that earlier this year the Director-General Tony Hall set up a series of reviews to look at the culture and progression within the organisation. There would be five reviews looking at gender, ethnicity, disability, sexual orientation and social mobility - and crucially they would be staff driven. Each review would be staffed by BBC employees from across the UK who had direct experience of the issues being discussed. They would have the freedom to recommend whatever they felt was needed to improve the opportunities the BBC could offer.

Today we’re publishing the first of those reviews, looking at what more can be done to improve the representation of staff from a black, Asian and minority ethnic (BAME) background. I was the Programme Director for the project and it’s fair to say that during the process, we’ve heard some difficult things and had to confront some challenging issues. But it’s led to some bold recommendations which we think will make a real difference.

The recommendations include the BBC Executive Committee and Divisional Leadership Teams each having at least two BAME members by the end of 2020. All shortlists for senior jobs should include at least one BAME person; and there should also be increased BAME representation across interview panels. We’ll develop action plans for all divisions with less than 10% BAME representation or below par employee survey results to ensure they take action to address this. We are also introducing cultural awareness training for all team managers across the BBC to ensure we can create a culture where all employees feel able to give their best work.

The review team felt that significant change was needed and I’m glad to say the BBC’s Executive Committee agreed and has adopted all our recommendations. It’s now that the hard work begins - putting these commitments into practice and ensuring that we have an organisation that is recognised across the UK as an example of good practice. The other reports will deliver their findings between now and the Autumn - and I expect a similar level of ambition in all of them.

This hasn’t always been an easy or comfortable process for the BBC - but everyone on the Executive Board believes it’s the right thing to do. It will be better for the BBC, better for our staff and most importantly better for our audiences.