A round up of BBC announcements, press releases and blogs, plus some highlights from our TV, radio and online output from the last week.

This week we unveiled the next slate of drama programming in a trailer launched following the World Cup final on BBC One.

Celebrate The Big British Asian Summer on the BBC

This August an ambitious pan-BBC season - The Big British Asian Summer - will air across TV and radio.

Statement from Fran Unsworth, Director of News and Current Affairs, in relation to the ruling in Sir Cliff Richard, OBE v BBC.

The first look of Les Misérables premiered this week as part of a BBC drama trailer on BBC One around the World Cup final.

BBC One confirmed that Alesha Dixon and Jordan Banjo are to host The Greatest Dancer  featuring a host of talent from across the world of dance, as they give the performances of their lives. Elsewhere, BBC Three has announced One Hot Summer, an innovative social-first series following groups of friends on a month-long trip through Spain.

BBC Two confirmed this week that Tom Kerridge will return to the network next year with Tom Kerridge’s Fresh Start, inspiring New Year’s resolutions for January 2019. Meanwhile, on Friday BBC One announced a forthcoming Jack the Ripper Documentary.

This week Sport confirmed it was a record-breaking World Cup on the BBC as a massive 44.5m tuned in to watch one of the most entertaining tournaments to date. Elsewhere, famous faces from BBC Radio’s Test Match Special and podcast Tailenders are set to go head-to-head on the cricket pitch.

On Thursday the BBC and BFI unveiled the filmmakers selected for prestigious talent programme.

Documentary fans are in for a treat this summer, as renowned documentarian Louis Theroux curates a selection of the films that have moved, entertained and influenced him for a new collection on BBC iPlayer.

In Wales, a limited number of additional tickets was released for Pobol y Cwm tours after the initial allocation was snapped up in just over a week.

The BBC's first Gujarati language news bulletin will broadcast live five days a week from Delhi and will be shown on partner station GSTV at 8pm IST.

Elsewhere, the winner of the BBC News Somali Young Female Poet 2018 award is 18 year-old Shugri Jama Ibrahim, a form three student from Bosaaso, Somalia. Shugri’s winning poem explores old Somali culture and the cultural utensils that were in use in nomadic life.

We revealed the BBC Soundstart 2018  Carleton Hobbs Bursary & Norman Beaton Fellowship winners. As BBC History launches the fourth release from its Oral History Collection, showing the way staff at the BBC created programmes for a diverse and multi-cultural audience following the Second World War Michael Ellender considers the archive in What does it mean to ‘broadcast British?’.

Plus we published the weekly BBC iPlayer Highlights 21-27 July 2018. 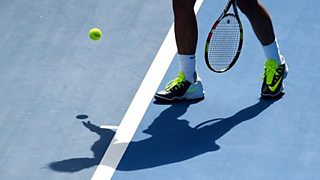 What does it mean to ‘broadcast British?’

Artificial Intelligence and machine learning at the BBC: from the iPlayer to...infinity?